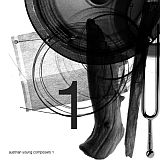 Contemporary music is commonly afflicted with the opinion to be inaccessible. That this view points to the realm of many other prejudices on contemporary music, is proven by the works of 23 young composers, which were united on 3 CDs with the title “Gratwanderung” and jointly produced by the music information center austria (mica), the Austrian Composers’ Association (ÖKB) and the International Society for Contemporary Music (ISCM). These represented Austrian composers not only show an amazing range in their compositions, the individual composers often reveal their skills in connection with a variety of unique compositional means. Improvisation lies next to strict composition, acoustic instruments interact with electronics or not, world and sacred music is found alongside absolute music and atonal, microtonal and serial composition methods are integrated just as naturally as pop, jazz or folk music. With the blinders taken off, the young generation leads the versatility of contemporary music to the center of attention and brings new momentum in a genre that has been wrongly condemned for far too long as overly intellectual.

Born between 1975 and 1984, the 23 composers represented on the CDs have already grown up in a post modern polyaesthetical world  – and this is also reflected in their compositions. During the Second World War there were veritable trench warfares between traditional and avant-garde movements and composers, who joined partially dogmatic schools. Yet today, nothing of this can be identified in the compositions of the young generation – quite the contrary. Without any reservations, the composers combine exactly those styles, which were opposing each other in the past. While a few decades ago, tonal composition was regarded in some circles as an absolute taboo, the young generation fearlessly connects serial composition techniques with tonal music or combines microtonality with electronic dance music. The inclusion of different styles shows not only extensive technical skills, but also a serious, ironic or humorous exploration of the musical and sociological connotations of the various genres. At the same time, the young generation seems to effortlessly find their own sound language.

Besides their composing activities, the vast majority of the represented artists also pursues a career as a performer. On the one hand, this is quite an obvious and fruitful combination, that often shows in the music. On the other hand, this indicates the needs that not only young composers have to deal with. Although the featured representatives are mostly winners of multiple awards and prizes, and their works are performed at various national and international festivals, it is despite the fact of the shown recognition that is almost impossible to make a living as a composer. Yet at least emancipation has payed off, which is apparent in the gender ratio. A third of the compositions is from women – a trend that will hopefully be followed in performed compositions.

The composers were selected by

If you are an event organizer or a journalist and are interested in the CDs or a collaboration, please contact
office@musicaustria.at
Subject: Austrian Young Composers

mica – music austria thanks the following sponsors and organizations