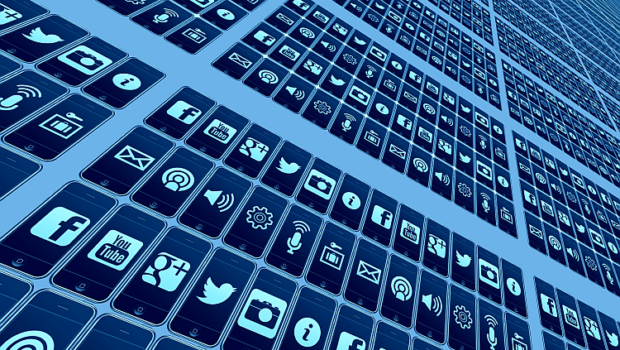 This year, Waves Vienna Festival took place between the 29th of September and the 1st of October. Experts and professionals from the international music industry came together in Vienna to gather impressions and information about the Austrian music scene. The festival and conference attracted 620 delegates and over 11,000 visitors to come together and take part in this years motto: “collaborate, communicate, connect”. The conference is primarily focused on the business side of music. Like the pop-up session with Scott Cohen (The Orchard): His talk focused on digital marketing and new business models.

Scott Cohen is co-founder and vice-president of The Orchard. He began his career in the late 80’s, working for both indie and major labels. Over the years Scott has gained a reputation as a speaker as well, and travels the world to share his experience and knowledge about the digital age and new business models. In addition to his distribution system Scott also runs Orchard Management, supporting The Raveonettes, Dum Dum Girls, Deer Tracks, Queen Qwong, and a long list of established and up and coming artists. He is also a guest professor at the London Metropolitan University and member of the BPI (British Phonographic Industry) Council.

DIGITAL PROMOTION IN A WORLD OF SILOS

Scott focused on developments in digital marketing for the music business in his session. An area he sees changing with a rapid velocity. According to him, “the music world in 2016 is different”. Although it was possible to run a focused and effective marketing campaign over Facebook last year, this year it isn’t so easy. Something Scott doesn’t think many people have realised yet. It is time to take a different look at the music world. According to him, “we find ourselves in a world full of silos that have to be filled with different content. Facebook requires a totally different language than Twitter for example. And Twitter a different one than Snapchat, Spotify, YouTube or Instagram.”

He observed, that high viewer numbers of an artist video on YouTube doesn’t necessarily result in an increased number of streams on Spotify. Success on one platform doesn’t have an effect on another. Reciprocity seems to be failing, something he believes is a result of the missing connections between various services.

Why are these connections missing? Because internet traffic now comes mostly from smartphones while desktop computer use is in decline. A situation that is easy to explain. Almost everyone owns a smartphone, and they like to use them. And on a smartphone, most people use apps. Browser use is declining. The thing about apps is that it is difficult to leave them or follow a link somewhere else. A disconnection that makes a unified campaign impossible.

THE PROMISE OF DIVERSIFIED STRATEGIES

According to Scott it is important to think about which format is appropriate for which platform. Album marketing requires the development of diverse strategies and content. A well made video is just the thing for YouTube, but not for most other services. An excellent song is important for Spotify or Deezer, while cool photos or a cool story are important for Instagram and Facebook. It is important to take a good look at the various platforms, their offerings and the behaviours to see which strategies need to be developed and which ones will work to generate interest.