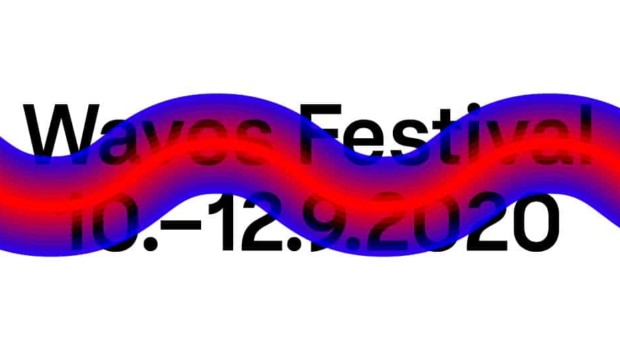 From September 10 – 12, 2020 the Waves Vienna Music Festival & Conference will take place for the 10th time. Music experts, organizers, label owners, bookers, and musicians will meet during the day for discussion and networking at Vienna’s WUK and for (streamed) concerts and events during the night.

Planning a festival in 2020: Which topics will concern a festival like Waves? What will be true and vital this autumn? What rules, regulations and recommendations will apply? After countless ideas, discarded concepts, worries, hopes, and fresh starts, one thing is obvious: Waves Festival has to stay flexible; keep to work on several alternatives at the same time; go with the waves.

This will be the 10th edition of Waves Festival, and they have been thinking of many beautiful things to surprise you with for this anniversary.

However, some of these ideas will arguably only be realised next year. Some of them will probably –hopefully– still be implemented. So as to to share their current plans and thoughts with you as transparently as possible, an update with details follows beneath.

Considering the Corona epidemic Waves Festival spent the past months developing various scenarios how to implement and transform Waves 2020 in such a way that it can be a source of new music inspiration, a good networking platform, an exciting panel offering, or just a nice festival for everyone involved, despite all limitations.

That’s why Waves 2020 will be different: digital + analog = hybrid.

The Festival In Detail

Streaming Waves – in 2020 you will not be able to enjoy concerts of national and international newcomers and headliners in different venues, but on different channels via stream. Multi-channel stream event instead of multi-venue, in a manner of speaking. From 10th to 12th September 2020, around 70 acts will be playing on several channels.

There will be fine live shows streamed from the Big Hall at WUK, and also concerts at special places in Vienna which were preproduced in co-operaton with the TV station W24. Thus a diverse series of concerts is created, augmented with many shows by international acts from their respective hometowns. Another channel will provide interviews, backstage reports, and features.

Public viewing – according to current regulations this will be possible. In addition to streaming, we’ll offer public viewing at the WUK Yard and, if possible and required, at one more open-air location. You can reserve a complimentary seat to enjoy the programme shown on several screens. Bar service will be available, face coverings will not be compulsory.

Live shows – Waves is constantly following the development and working on implementation variants.

The Conference In Detail

Each year Waves Festival is compiling a conference program in close cooperation with Austrian Music Export that is supposed to cover current topics in music industry. The varied conference program will be held in several rooms of the WUK with free admission. While moderators and local speakers participate in panels, workshops, and meetings on site, international speakers and panelists are connected via video conference.  All conference content can be accessed via video conference at any time. Additionally it will be possible for a limited number of participants to be present directly in the conference rooms.

This year the conference program addresses the challenges for the music industry triggered by the COVID-19 pandemic in a variety of ways. International experts from the music industry will share their experiences on panels and the umbrella organization of the European Music Export Agencies EMEE will host a discussion with political decision makers and organizations on the future of the European music sector.

In addition, alternative sources of income and innovative ways of communicating and disseminating content will be explored in workshops and presentations. For example, Bandcamp, a service that has been able to make positive headlines through effective support actions for artists and labels, will hold a webinar.

The Vienna Club Commission and the local indie label association VTMÖ are inviting everyone to discussions about coordinated support measures for clubs and promoters and fair payment on streaming portals.

This year’s host countries UK and Ukraine will present their music scenes and markets, and special networking sessions will provide an opportunity to establish contacts with important industry representatives from both countries. A workshop will explain the expected effects of Brexit on the cooperation with the UK. Feedback Listening Sessions and numerous viral networking formats complement the future-oriented program.

Each year, Waves Vienna offers a chance for the Austrian music scene to mix and mingle with music professionals. Up-and coming Austrian bands share the stage with internationally acclaimed artists. A few local highlights have already been revealed:

United Kingdom “East meets West” is also the motto of the festival’s host countries in 2020: On the one hand, Waves Festival will focus on the United Kingdom. The motherland of pop music is currently saying goodbye to the European Union. What consequences will the Brexit have for the music industry? Ukraine is the second focus country: the second largest country in Europe after Russia, it has almost five times as many inhabitants as Austria, will win the Song Contest in 2014 and has an up-and-coming music scene. Read more

Early Bird tickets for the Waves Festival 2020 remain valid. As soon as details on how the festival can take place this year are clearer, Waves will contact all owners personally. It is already fixed that the Waves Conference 2020 will take place with free admission. Owners of conference tickets will be contacted within the next days.