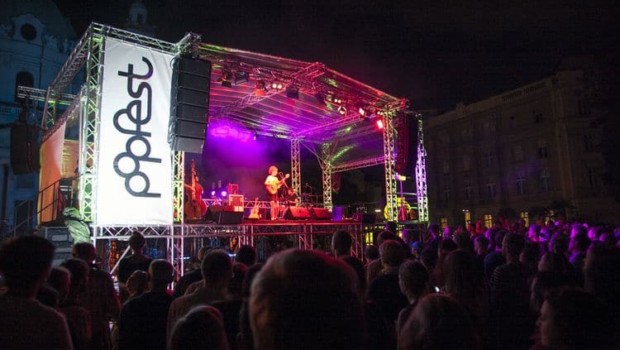 From hip hop sounds and charming pop performances through to the spectacular electronica finale in the Karlskirche in Vienna: This year’s musical range of the Popfest Wien was bigger and better than ever before. From Thursday to Sunday (24th-27th of July), more than 60,000 people came to see 60 of Austria’s finest pop acts perform live in front of the impressive backdrop of Vienna’s Karlskirche. 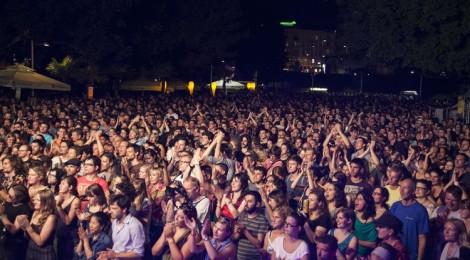 This year the strongest day was Friday with 20,000 counted guests. Especially Effi was able to thrill the audience with a combination of electronics, jazz and swing, reggae and drum’n’bass. Already on Thursday, 15,000 people flocked to the festival’s premises at Karlsplatz. Saturday was also well attended with 18,000 music lovers. Particularly the quartet Molden/Resetarits/Soyka/Wirth proved to be a crowd puller.

Adding up all the counted visitors of the closing event at the Karlskirche and the other festival venues such as the Museumsquartier, the Wien Museum and the brut together, the festival confirmed that 60,000 people came to this year’s event. The festival organizers were very pleased about the good weather and the exclusive appearances, such as the world premiere gig of Holy Oxygen and the joint performance of rapper Nazar and poetry slam artist Yasmo. 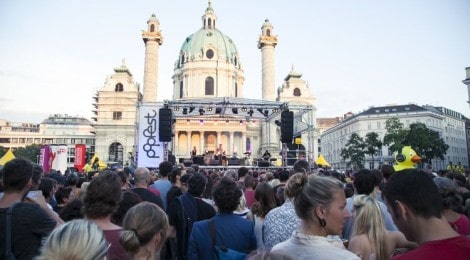 The collaboration between all of the venues went well. The curators Violetta Parisini and Wolfgang Schlögl were also visibly satisfied: “I see many tired, but happy faces”, said Schlögl at the closing event in the Karlskirche.

This final event, held inside the baroque Karlskirche, was filled up to the last seat and was immersed in beautiful lighting and fog for the unusual occasion. To match the midnight hour, the theremin instrumentalist Dorit Chrysler carried the audience off to other worlds with her “horror soundtrack”. Prior to her performance, the audience was stunned by a concert with Over at the Stars and the double bassist Manu Mayr. 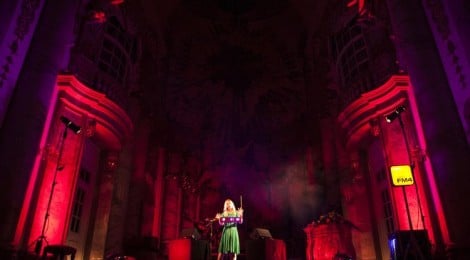