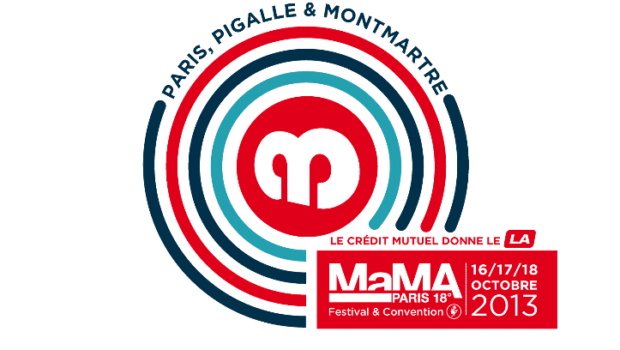 This week Paris will be bustling with the fourth edition of the MaMA Festival & Convention, which will once again gather international representatives from all sectors of the music industry and serve as a gateway to the French music market. Taking place from the 16th – 18th of October, the festival and convention offers 3 days & nights packed with 100 French and international artist showcases, 40 conferences, debates, presentations and workshops.

Keeping in mind that France is the fifth largest market in the world and the third in Europe behind Britain and Germany, the MaMA Festival & Convention is an excellent opportunity to meet and exchange with all kinds of protagonists from the music industry: majors or independent, producers and promoters, venues and festivals, bookers and agents, record companies, publishers, promotion companies, media and obviously artists. MaMA’s program features live acts, international meetings, conferences, workshops, talks, speed-meetings, networking lunches and drinks in a unique and friendly atmosphere right in the heart of Paris, in the red-light district Pigalle & Montmartre.

Our Austrian Music Export (AME) representatives Tatjana Domany and Franz Hergovich will also be at this special event and give a presentation on Eurosonic Noorderslag’s focus on Austria in 2014. The 28th edition of the Dutch festival will take place early January 2014 in Groningen with the spotlight pointing to numerous performances by Austrian musicians.