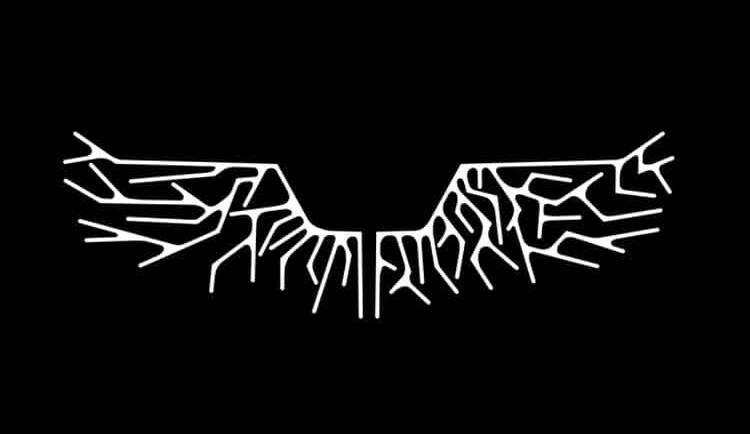 It all started on the internet and it stayed there. Sometime in 2017 the “AMEN” label was founded by ALEKSANDAR VUCENOVIC. Initially thought of as a platform for mixes, it quickly became a record label. In the label’s logo you can see some angel’s wings, tangled up in chains – quite symbolic.

The story in short: As a teenager Aleksandar Vucenovic discovered the internet, music on the internet, and how subcultures could become accessible online. “At the time, I was doing a lot of videos, graphics, and anything visual around music. Through this process I met many musicians. This environment pushed me in my decision to turn my visual identity into a label; at the same time, these were people I looked up to. I was able to reinterpret my ideas about music through the covers of the mixes, and in that way to dream of music and visually reflect it.” ‘Amen’ meanwhile, also sees itself as a digital feed of music. It is aimed at people who do not want to spend the whole day researching or hanging out on Bandcamp. It’s a kind of artificial music feed. “I have always sought the new and the undiscovered, the weird and the grotesque.”

NO “BEING EDGY WITH AESTHETICS”

In its first year, Amen increasingly focused on the aesthetics of club music. According to Vučenović says, it is above all about personal taste: “I don’t really enjoy going to clubs at the moment, and that manifests itself in the label again. […] Most of the releases come from people who use music as a medium for self-medication, such as AIRPORT’s “The Miracle of Trauma”. It’s not ‘being edgy with aesthetics’; it comes from deep within. I mainly try to seek out these kinds of people”.

The visual identity is essential for the whole concept of Amen: “The aesthetics of the label simply come from my heart. I think it’s good that many artists also find it appealing and identify with it. Especially in digital space where there’s only 2-D projection. It’s very important to me. I’ve always loved the entire product – the interplay of cover, title, concept and music – that’s what I’m trying to include, without ignoring the artists. I’m not only trying to steer the artists in one direction, I’m trying to steer them in their direction, exploring a basis where relationships can be represented in a stronger way.”

SYSTEMS WHICH EAT THE ARTISTS

The current music economy is one of the biggest challenges for a small independent label. Therefore the origin of the label, the ‘birth’, is less crucial than the development itself. Through constant exchange with musicians, music media and journalists, the perspective on music distribution and label work has changed fundamentally: “I noticed how people change and, above all, how their relation to music does change as well. I have watched how artists have been infiltrated into these musical economies”. Observing all this today, it is more about the construction of a scene, about an identity, and less about the music itself. These economies form systems into which one has to integrate and assimilate oneself. Systems that eat the artists: “If you want to survive as an artist, you have to adapt to this economy, whether it’s the scenes or the media environment you have to adapt to. This was serious for my point of view”.

THE SCENE MEANWHILE HAS A TOUCH OF INSTAGRAM-INFLUENCERS

A further challenge according to Vucenovic is found in musical trends born in virtual space, such as “Deconstructed Club Music” which came up a few years ago and never disappeared. Thereafter, the development of autonomously regulated scenes towards an economic system could be seen in clearer light. An autonomous scene quickly became an exchange system: “When these scenes appeared, I found that very interesting because it was something new. Over time, however, one noticed that new artists are no longer found through music or demos; they are born directly into this scene. The scene now has a touch of Instagram-Influencers. Instead of eating avocado, it’s about distortion effects”. Now it’s more and more about the development of artists as brands, through speed-up methods like “Music Accelerators” or projects such as Zoolab. The tendencies – says the label founder – are going more and more into the direction of entrepreneurship and making profit, under the romantically transfigured guise of music production: “It’s not just about making music, but about questions like ‘How do you become a businessman in music? How do you survive in music business?’ These developments are further signs towards SPOTIFY and Co”.

THERE ARE NO LABELS ON SPOTIFY

Claims to artistic authenticity have begun to disappear from many corners of the scene, at ‘Instagram level’, according to Vucenovic. Music-influencers have become like lifestyle-influencers, the borders have fallen. The development of Amen is therefore an attempt to maintain this dwindling authenticity and thereby discover unknown artists who do not fit into the usual patterns of a scene – under the aspect of politics, appearance or their aesthetics, by which they represent their music. The difference from an influencer label is perhaps not immediately apparent from a short outsider glance, at least not to the untrained eye. The demarcation is therefore one of the biggest challenges facing the label. Today, Amen is an attempted decoupling from these systems. The classic mode of music reception and the access to it are changing. “Music is not made for anyone today,” says media artist Matthew Dryhurst. “The tendency is for artists to become self-publishers. I am also sure that SPOTIFY and iTUNES will move in this direction and thus remove the labels. Remove the label from this system as it is no longer needed because of the internet”.

Streaming services such as Spotify make this automation trend even clearer. On Spotify one looks only for artists, not labels. “There are no labels on Spotify,” as Vučenović puts it. This development is the biggest challenge for independent labels. Amenopposes these systems by deliberately foregoing digital distribution and by publishing exclusively on alternative-sharing platforms such as Bandcamp. Using digital infrastructures like Spotify and iTunes supports neither the label nor the artist. “If a small label like Amen faces the challenge of decoupling itself from the ruling systems, and then gets into digital distribution just to generate more clicks, it loses its meaning.”

In addition to international artists, Amen’s discography also includes local acts such as Asfast, Battle-ax, Idklang and IN MY TALONS. A fundamental problem is still the serious mismatch within the Austrian system of financial support says Vucenovic: “At least half of all subsidies still go to the state opera. If you only invested five percent in the subculture and more local scenes, then a lot would change.”

[Translated from the German original by Julian Schoenfeld]