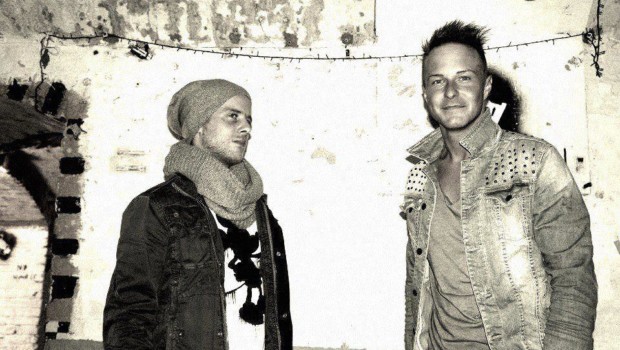 FlicFlac is a fairly new Austrian producer duo whose songs and edits have already been heard by tens of millions on Youtube and Soundcloud. Our friends at mica – music austria used the opportunity to speak with one half the duo, Max Gain, about success, edits and the genre deep house.

Electronic music from Austria seems to be back on the rise after the glorious ’90s. Not that nothing has happened in the past decade, quite the contrary. The electronic music scene has become more diverse, vibrant and creative than ever and also spawned many successful artists, like Dorian Concept, Cid Rim, Roman Rauch, Clara Moto, Ken Hayakawa and Elektro Guzzi. Last year Klangkarussell were the big door openers to the international stage. Almost out of nowhere they were able to position themselves in the top rankings of the European charts with their track “Sonnentanz” .

Now treading a similar path as the two Salzburg sky rocketers Tobias Rieser and Adrian Held, is the Viennese DJ and producer twosome FlicFlac. Not yet a household name among the general public, the two experts on dance heavy beats were able to create quite a stir with their edits and tracks. The remarkable number of YouTube clicks and over 82,000 clicks on Facebook allow the conclusion that FlicFlac could be the next electronic music sensation from Austria.

How It All Began

It all started about a year ago, when the two Viennese musicians Keven Richi and Max Gain met in Ibiza and decided to join forces. This collaboration was already crowned by success at a very early stage when the duo hit the bull’s-eye on YouTube and Soundcloud with an edit of Lykke Li. “Things really started rolling after features on the blog trndmusik.de“, says Max Gain. The platform, which is operated by people surrounding Oliver Koletzki, featured almost all of FlicFlac’s early tracks and edits.

The decision of trndmusik.de to not further support FlicFlac’s edits or remixes did not have any impact on the success story of the Viennese duo. It was quite the opposite – with an edit of Bon Iver’s “Blood Bank”, FlicFlac reached #3 in the charts of the blog aggregator Hype Machine. “Then it really took off“, Max Gain recalls.

It was not only the skillful use of the possibilities on Facebook, YouTube or Soundcloud that brought the duo great success. Of course the music played a huge role and hit the nerve of time with its extremely danceable, catchy house beats induced with light jazz elements. Max Gain could care less for the stylistic categories (“chill house”, “melodic house”, “deep house”) people try to shove them in. When asked how he would desribe the musical direction of FlicFlic, he answers with a slight grin on his face: “Electronic music that is also for people who don’t really like electronic music.”

Whatever definition you want to use for the music or the sound, it ultimately doesn’t matter, because it appears to be far more interesting that FlicFlac, in addition to Klangkarussell and acts like Naxxos, Robin Schulz, FAUL, Wankelmut, Bakermut and Klingande, belong to a group of young music makers that have discovered social media platforms like YouTube and Facebook as a useful tool for the quick and easy extension of their fanbases.

Looking at FlicFlac’s tour schedule (with gigs in France, Germany, Austria, Italy, Romania, Switzerland and the Netherlands), you can already imagine where the journey of the two producers and DJs Keven Richi and Max Gain is heading.

In any case, FlicFlac are making big waves with their music, which is also proven by an incident with the management of the Australian singer-songwriter Vance Joy. Since the edit of the song “Riptide” was far more successful and generated more clicks than the original, the management knocked on FlicFlac’s door asking for permission to officially release this version. Likewise, the German shooting stars Milky Chance took notice of the Viennese duo. They, however, chose a different path. After the edit of “Stolen Dance” had outrun the original on social media platforms, the band chose to release a version similar to FlicFlac’s. This turned out to be their biggest hit and received gold status in both Germany and Austria.

In terms of FlicFlac’s future, there are obviously more big things to come. It will be interesting to see which label will ultimately come out first to sign FlicFlac and take them to the charts.