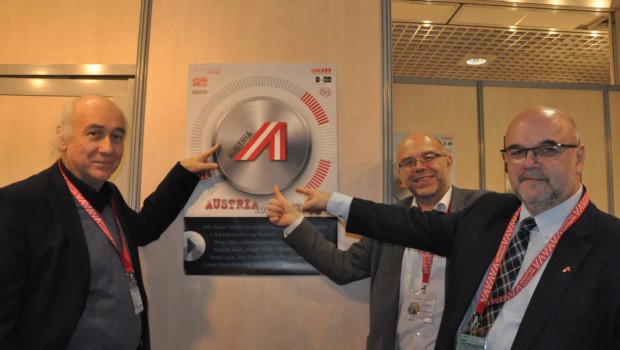 This year 24 Austrian companies and organizations traveled to Cannes to present themselves from the 1st – 4th of February 2014 at the music fair MIDEM 2014 under the motto “AUSTRIA SOUNDS GREAT“. This of course was also an excellent opportunity to meet with international business partners, maintain and expand their networks and learn more about the international music market.

MIDEM, the largest international music fair located in Cannes, focused this year on technological innovations, emphasized synergies with the economy and advanced the content to the center. Start-up companies, including the Austrian project “Hello Stage” that commercializes classical music, were invited to present their ideas in a competition. The panel discussions studded with prominent participants and an exciting selection of live music from all over the world contributed to the special atmosphere for which MIDEM, now almost in its 50th year of existence, is legendary.

Despite a slight decline in visitor numbers, there are still a lot of good business deals made at the music fair in Cannes. Even though the Austrian booth was a bit smaller this year, the mood among the 24 representing companies was very good. Some Austrian companies even said that this has been the best MIDEM in a long time. The main attractions of this year’s Austrian booth were the live streams of the Vienna State Opera, which were presented by Christopher Widauer in cooperation with Samsung.

The Austrian presence in 2014 was supported by the AKM/GFÖM, IFPI/LSG, Film and Music Austria (FAMA), ÖSTIG and AWO – go international. Cooperation partners are Austrian Music Export and the film magazine Film, Sound  &  Media. 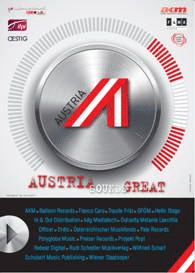