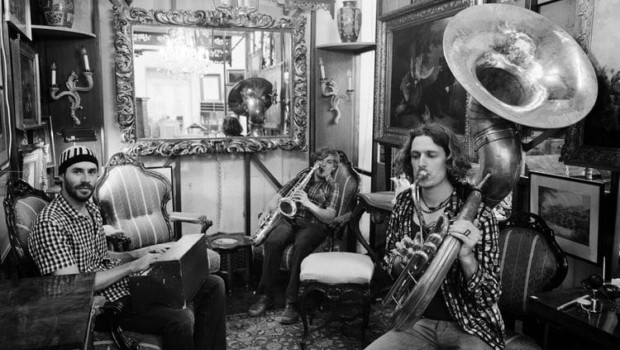 David Helbock has always been a musician full of surprises. Never really set on only one direction, the native of Vorarlberg has always been a musical chameleon in terms of style and changes color depending on the environment. With his trio Random/Control, the pianist gets his creative juices flowing together with his colleagues Johannes Bär and Andi Broger and takes it to the next level. Released on the 28th of January 2014, the new album “Think of Two” (Traumton Records) is an impressive and captivating illustration of absolute musical diversity. Covering an incredibly wide stylistic spectrum and at the same time a high degree of wit, the trio displays exciting arrangements of favorite songs, which also comes close to big sound theater, due to the use of several dozen instruments. 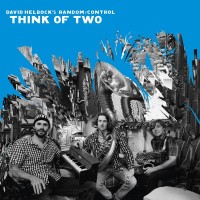 The album was inspired by two of the greatest icons of jazz history, namely Thelonious Monk and Hermeto Pascoal. To be more specific, this album mainly features the pieces of these two musicians that David Helbock, Johannes Bär and Andi Broger have taken on for adaptation. And just like their role models, the trio successfully ventures in opening the boundaries of jazz to other directions.

From the very first tone it becomes quite clear where the musical journey is heading. The tonal variety is of utmost priority, as well as overcoming the usual terminology, the intentional breaking out of conventional jazz structures and the love of experimenting. David Helbock, who has now relocated to the German capital, and his two congenial partners succeed in an almost inimitable and effortless way to bridge the gap between various components, from composition through to improvisation, from traditional through to contemporary, from one style to another. An additional facet of the songs is the constant interplay of the three musicians with opposites and contrasts. Passages characterized by very playful, sometimes refreshingly quirky and complex rhythm work, are often followed by elongated and rather quiet and soulful melodies full of suspense, which then in turn are further ramped up towards an ultimate climax.

Random/Control practices a constant back and forth, which however still feels monolithic and integrally connected. The spontaneous twists and turns of David Helbock, Johannes Bär and Andi Broger are transformed into a homogeneous musical flow, which fortunately skips all the bulkiness and is easily accessible for the listener.

“Think of Two” is an album that is strikingly different due to the musical diversity and noticeable joy of creating music. Definitely music worth listening to.