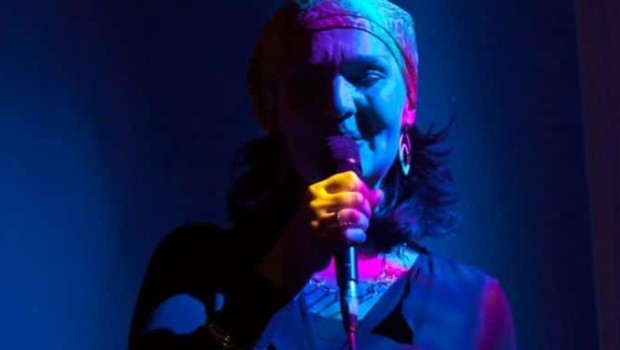 It doesn’t happen that often that you stumble upon a formidable display of sound that doesn’t follow conventional music regularities, but is rather a product of coincidence, following a direction that is not necessarily developed by the hands of a musician, but instead by ever-changing computer generated graphic scores. This is exactly what you will find on the new CD “Hexaphone – The Cosmology of Improvised Music” (Rudi Records) by Austrian vocalist Katja Cruz and the American alto saxophonist and founder of the legendary Black Artist Group Oliver Lake. As the title already suggests, the musical cosmology is dedicated to the fine art of improvisation, music that is free and detached from all parameters with a strong avant-garde touch. The CD also includes a DVD with a documentary of the project’s entire creative process in its live context. The new album will be presented for the first time on the 11th of February in New York (ShapeLifter Lab).

The musical path that Katja Cruz and Oliver Lake follow, together with their fellow musicians Andrea Massaria (guitar), Howard Curtis (drums), Patrick Dunst (bass clarinet) and Patrik Lechner (electronics, visuals), can not be described with the usual concepts and terms. Stylistic categorizations and pigeonholes are out of place here, since the participants are far too involved in blasting traditional boundaries and opening the doors to new sonic dimensions.

For the Austrian vocalist and her colleagues it seems as if the reward is the journey itself, the creative process, which finds its expression in many spontaneous doses of musical interactions. The atmosphere is dominated by ongoing dynamic actions and reactions, an eloborate emergence and processing of ideas. Common structures and orders are nowhere to be found. The music reveals a world of vivid and mysterious soundscapes shimmering in many colors and nuances, which slowly build up and densify into a thrilling arc of suspense. 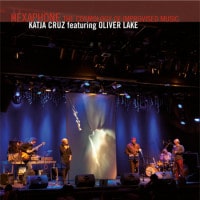 “Hexaphone – The Cosmology of Improvised Music” is definitely a music concept that takes time to grasp it in its entirety. Once you pick up the challenge and dive into the sound cosmos of Katja Cruz and Oliver Lake, you will experience a whole new and exciting listening experience of a different kind.
Michael Ternai
(translated from German)