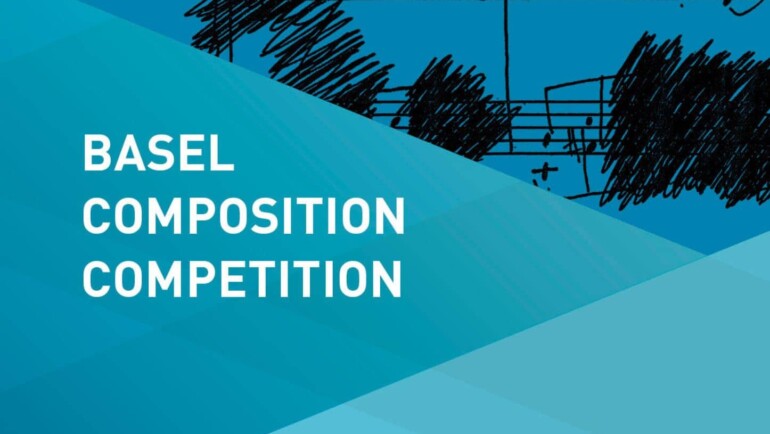 The BASEL COMPOSITION COMPETITION (BCC) is a competition where works for Chamber and Symphony Orchestra can be submitted and which is taking place every second year in Basel. The BCC was created in honour of Paul Sacher, inviting composers of all ages and nationalities to bring their works to Basel for their world premiere. Four of these works will be selected through a careful process during the period of 8-12 of February, 2023 and will then be awarded monetary prizes at the closing ceremony. The closing date for applications is October 10th, 2022.

No person is more representative of the Basel musical scene than Paul Sacher (1906-1999). He devoted himself tirelessly to the music of his century in his various roles as conductor, as commissioner of new works and as sponsor and member of numerous guilds and institutions. Amongst the works commissioned by Paul Sacher are Béla Bartók’s “Music for Strings, Percussion and Celesta”, Bohuslav Martinů’s “Toccata e due Canzoni”, Igor Stravinsky’s “Concerto en ré” as well as Arthur Honegger’s Fourth Symphony. In 1973, Sacher founded the Paul Sacher Foundation which gained international reputation as a leading research institution after acquiring the estate of Igor Stravinsky and collections from Anton Webern and Bruno Maderna.

In 2017-18, years after his death, Paul Sacher’s spirit will be revived once again as the most compelling works of the 21st century are brought to Basel for the first edition of “Basel Composition Competition” (BCC), an international event open to the public, conceived and organised by Artistic Management GmbH in cooperation with the Paul Sacher Foundation and directed by the Head Juror, Wolfang Rihm.

During the selection process, the jury will shortlist ten to twelve pieces to be performed at the competition by the the Basel Chamber Orchestra, Basel Symphony Orchestra and the Basel Sinfonietta. The three winning works shall be awarded monetary prizes totalling CHF 100,000.

THE NEXT EDITION OF “BASEL COMPOSITION COMPETITION” WILL TAKE PLACE FROM 8-12 OF FEBRUARY 2023.