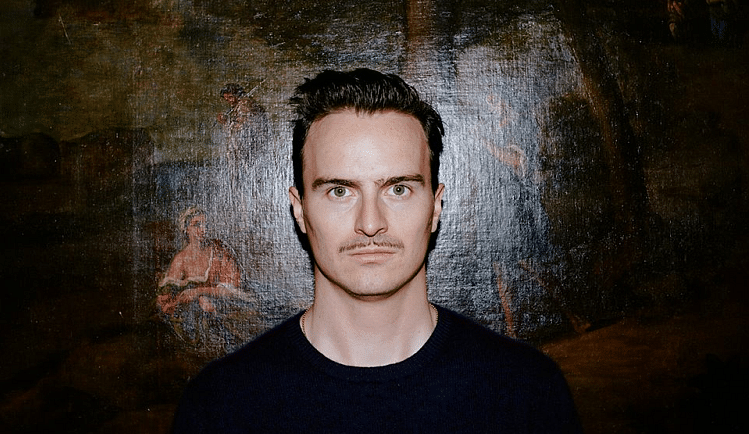 CID RIM, aka CLEMENS BACHER, is a well known jazz drummer, producer, and multi-instrumentalist from Vienna. One who has earned a reputation for his unique sounds and hybrid approach to music. His name has also popped up in combination with artists like DORIAN CONCEPT and THE CLONIOUS . He is also the co-head of Affine Records. And now, on October 20, 2017, his full-length debut album “The Material” was released on the British label LuckyMe Records.

Over the past few years Cid Rim has successively developed his own musical vocabulary  based on a classical jazz concept. It all began with his debut release “Full Nelson EP” in 2010 on Affine Records. He followed that with the self-titled micro-album “CID RIM” in 2012, the EP “Mute City” on LuckyMe Records in 2013, and another release on his home label “Cargo/Kano” in 2015. In the process his music has become a skilful symbiosis between past and present. A hybrid form of electronic music in constant dialogue with historical references from Hard Bop and Krautrock that uses a “post-post-modern” aesthetic. One that is, according to the album, “beyond categorisation”. Cid Rim has been an integral part of the Viennese electronic scene for years. But his acclaimed remixes for CHVRCHES, The 1975 and Sky Ferreira, have also made a name for him outside of Austria.

His debut album “The Material” is a meeting and reunion, an entrance and re-entry. Over the course of eleven tracks Cid Rim creates a variety of musical moods and explores every facet of his artistic identity. Some tracks are very short, almost sketches. They serve as interludes between the speed of the key-tracks and the abundance of the soundscapes.

The focus is once again on virtuoso drum sounds, but this time also on his own vocals. The Cid-Rim-signature-synths combine with percussive elements in a rapid movement towards the crescendo.

Cid Rim reveals a glimpse into his working method in the last minutes of the music video for the track “Surge”. Spanish and Italian cuisine, which works with very high quality materials to achieve a perfect result, provides an analogy to himself and the album. A parallel to the story of “The Material”. As the title implies, it is about “simple, well-fabricated, high-quality materials that are assembled into something that is perfect in my head”.