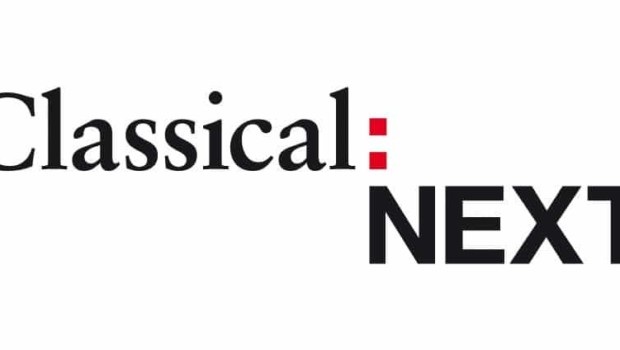 From the 29th of May to the 1st of June 2013  the new international forum for classical music of all styles and periods,  Classical:NEXT, will be held for the first time in Vienna and is expecting more than 750 visitors from the international classical music industry, traveling to Austria from over 40 countries worldwide, including concert organizers and concert halls directors, ensembles and musicians, agents and classical music labels, music publishers, composers, distributors, journalists, audience developers, students and many more.

„A classical music convention of international importance such as the Classical:NEXT belongs to Austria and to Vienna!“ believe the music managers and event organizers Mario Rossori, Heinrich Schläfer and Frank Stahmer and have united in no time to convince the Berlin-based piranha womex AG, producer of the Classical:NEXT, to move Classical:NEXT from Munich to Vienna, where the MAK – Museum of Applied Arts, as the central venue for the expositions and conferences was quickly found, alongside the Porgy&Bess Music Club and the famous Musikverein Vienna to offer stages and platforms for various showcase concerts.

A unique coincidence for the Austrian music scene
Classical:NEXT, within its short period of existence, has already become one the world’s most important industry events in the Classical Music arena – addressing experts from Early to New Music – and is still to grow up. For the Austrian music scene, this is an enormously important factor and momentum, as the current “hot topics” and future challenges of the genre will be discussed at the conferences (30 & 31 May and 01 June) of Classical:NEXT, and new talents, pioneering forms of performance and “best practice” examples are being presented in Showcase concerts to bring together what’s next in classical music with the experts in music as well as with the public audience.

“Classical:NEXT is an important market to establish its own productions and communicative services,” says Martin Rummel, founder and director of Paladino Media GmbH. Martin Rummel is also chairman of the “Vienna Music Group”, the Association of Austrian classical music labels whose members have already in met their expectations on the first edition of the Classical:NEXT in 2012.

Taking a look into the program details reveals a view into the future of classical music
The Conference sessions of the Classical:NEXT program include over 20 hours of expert panels, mentoring rounds, video presentations and networking meetings in the period from 30 May to 01 June 2013.

The recorded music business is as much served as the live sector. Christopher Gruits of New York’s Carnegie Hall will show how to reach new audience potentials with fascinating mobile campaigns. Marcus Marshall (UK) will encourage the visitors to participate in the Youth Orchestra network El Sistema, whereas British performing art expert David Staples will speak about the future role of concert halls and opera houses.

A similar theme of discussion is lead by John Kieser of the San Francisco Symphony together with the artistic director of the Vienna Radio Symphony Orchestra, Christian Scheib, and the CEO of the German Orchestra Association, Gerald Mertens. Katherine Zeserson from the The Sage Gateshead will ask questions about how a venue could become the centre of the cultural and community life in a city.

Further interactive formats are the new “roundtable mentoring” sessions, where for instance the individual conditions and specialties of international support policies or crowd-funding strategies are being discussed in small groups.

New markets in Asia are also in focus
An overview onto the classical audience in Korea is presented by Jooho Kim (South Korea), managing director of the new Lotte Concert Hall project. Followed by Gianluca Zafon (Italy/China) and Guo Shan (China) who will give an insight into the current classical music scene in China.

Opening Keynote held by Daniel Hope
The award winning visionary violinist Daniel Hope will hold the Keynote speech at the Classical:NEXT opening on 29 May 2013 in Vienna. Hope: “I am very excited that Classical:NEXT is coming to Vienna and am thrilled to be appearing as keynote speaker at such a fantastic music institution. I can’t wait to experience it.”

Contemporary music presented from different angles
Eight ensembles with a clear emphasis on contemporary music, among those three Austrian ones, present their work and their areas of expertise during the live showcase concerts at Vienna’s Porgy&Bess Music Club. And David D. Little, composer, drummer and curator of the New York “Classical Indie” scene will show contemporary sounding concerts can attract new business models anyways..

Classical: NEXT Festival brings Yellow Lounge first time to Vienna
Successful for many years and still state-of-the-art regarding new concert formats certainly is the Yellow Lounge by Deutsche Grammophon. With it on 28 May the prelude to the Classical:NEXT Festival is given at the “Chaya Fuera” club and featuring the world’s top stars in classical music such as pianist Alice Sara Ott or the tenor Piotr Beczala.

The Classical:NEXT Festival includes a public concert series under the slogan “Enjoy the Next Generation of Classical Music” and will see its finale with the “Austria Sounds Great” gig on the evening of 01 June at the Porgy & Bess, co-hosted by Vienna Music Group in co-operation with radio OE1.

We are looking forward to welcome Classical:NEXT and its international delegates in Vienna.