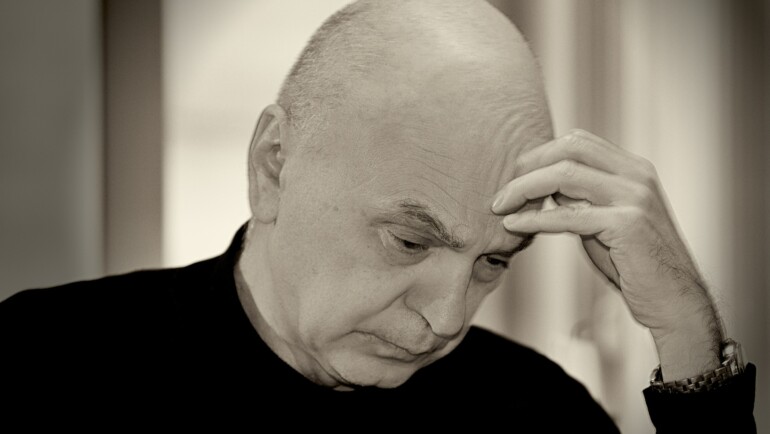 The compositions of Bernhard Lang go beyond the acoustic sound experience, since the meaning of his creative work is just as important as the musical result. In addition to music-related studies such as piano and composition, Bernhard Lang also studied philosophy. In this sense, philosophical deliberations often form the foundation of his musical compositions.

Born in 1959, the Upper Austrian composes his works in a continuous evolution of an idea. In the creative process, compositions with a similar conceptual background can lead to very different tonal characteristics. For instance his large-scale cycle “Differenz/Wiederholung (DW)” (in English: Difference/Repetition): Gilles Deleuze’s oeuvre “Difference and Repetition” encouraged the composer to devote himself to repetition – and thus to oppose to the established repetition ban by Theodor W. Adorno, which Bernhard Lang at first perceived as a limitation. 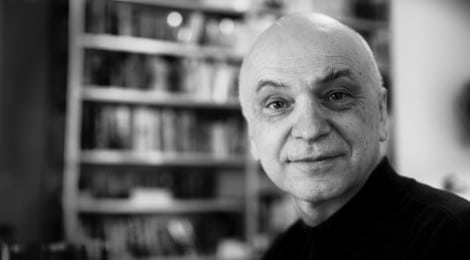 Henceforth, Bernhard Lang began to use repetition in various forms: Sections that are repeated in the same form or motif vary slightly with each repetition. From this approach, mechanical repetitions result just as well as ongoing progressions or abrupt changes. Here the repetition moves on a thin line between sensuality and penetrance. While dance or  sexuality thrive in the stimulation of repetitive movement patterns, a dripping tap or mechanical repetition can seem unnerving.

Repetition can not be separated from difference, which forms the other side of the coin: Can you hear the same sound as before? Or has something changed? These questions can be addressed while listening to constantly repeated motifs, which are unexpectedly replaced by another repeated element. The question lies not only in the actual rendition. Listening to a motif for several times changes the perception. Hearing the exact same thing twice is not possible. The key to the meaning of the compositions lies in the individual perception.

Besides the importance of perception, the DW-cycle is characterized by stylistic heterogeneity. Bernhard Lang is not solely interested in elite delectation, but also in popular styles. In this sense, turntablists from the DJ scene in a fusion with classical orchestras and jazz elements are just as well included as techno or electric guitars. As a result, musicians from different styles, who would probably otherwise have little to do with each other, can come into contact. The same applies to the audience. Unlike in a jazz club or at a rock concert, the listener in a classical concert hall is summoned to quietly follow the action on stage, without being allowed to remark an opinion at any random time in the form of clapping or other forms of expression – in this way, different forms of performance are consciously confronted with each other.

In addition to testing repetition patterns on the concert stage, Bernhard Lang extended the concept to the music theater. In the “Theatre of Repetitions” (2000-02), the repetition of patterns were transferred to a visual level. In “I Hate Mozart” (2006), Bernhard Lang and librettist Michael Sturminger themed the cultural industry, where musicians have to perform Mozart  over and over again, leading to their distress. Bernhard Lang also extended the subject of difference/repetition to the field of dance. Together with choreographer Christine Gaigg and media artist Winfried Ritsch, he developed projects where one or more dancers cause sounds on resonating plates with their repetitive movements, and these sounds are recorded and processed with speakers. This approach was shown  at  the opening of the Styrian Autumn Festival in 2010: 12 dancers triggered 12 pianos on 12 resonating plates, while the visitors were able to move freely between them. In this structure, dance and music are not parallel spheres, but are interdependent. 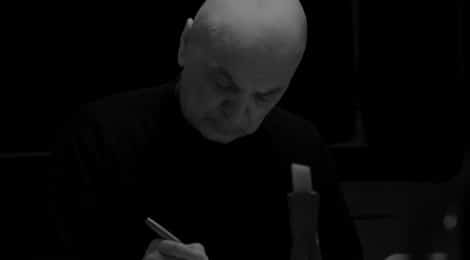 In the dispute with repetitive structures, Bernhard Lang reached the next level in his Monadology cycle in 2007. Once again, the philosophical reference is evident. For these compositions, Bernhard Lang developed a computer program based on a cellular automate that repeatedly changes an existing motif by the application of certain rules. As starting material, which is subject to the variation, Bernhard Lang used his own compositions, but also used works from other composers such as Mozart, Richard Strauss, Arnold Schoenberg and Anton Bruckner, to acquire new aspects of the old compositions with this method. While Bernhard Lang already considered the orchestra in the DW-cycle as a body of sound, which always takes reference to his sonic archive, the composer takes yet a further step in deliberations about the archive. His view on the use and modification of existing works: “…everybody repeats, some repeat knowingly, others unknowingly – I repeat deliberately.”