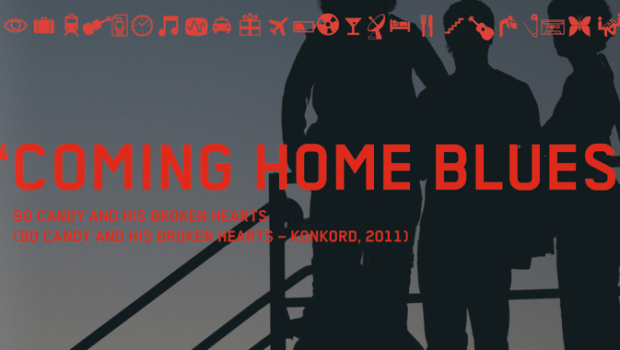 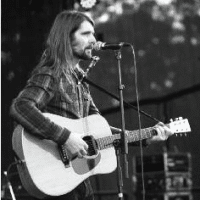 From Ja, Panik to Garish to Zeronic to Tanz Baby!: Nearly all the noteworthy bands that Burgenland produced in recent years have at some point seen Thomas Pronai behind the mixing desk, and in his own band Bo Candy and His Broken Hearts he gets behind the microphone as well. The multitalented, multiinstrumentalist analogue aficionado runs his own studio in Oslip, not far from Eisenstadt. Most recently, new albums by Ernst Molden and Der Nino aus Wien have been produced there.

THEY SAY THERE IS NOTHING MUCH GOING ON IN BURGENLAND ON THE EASTERN MOST END OF AUSTRIA, BUT SOMEHOW IT SEEMS TO BE THE MOST FERTILE BREEDING GROUND FOR EXCITING BANDS, AND THOMAS PRONAI IS THE LINK BETWEEN THEM ALL.

NAME A LIFE-CHANGING MUSICAL EVENT YOU HAVE WITNESSED IN BURGENLAND.
The time when the promoter of Cselley Mühle in Oslip gave my first band a support slot for a gig by Kurort, an amazing band from Bad Ischl. That was our entrance to a different league. Up until then we had only played gigs in basements or back rooms of pubs where we had to set everything up by ourselves.

THE MUSIC SCENE BURGENLAND HAS BROUGHT FORTH SOME HIGH-PROFILE, BUT VERY DIFFERENT BANDS SUCH AS JA, PANIK, YOUR OWN BO CANDY AND HIS BROKEN HEARTS, GARISH AND ZERONIC. HOW DO YOU EXPLAIN THIS TO YOURSELF?
I only know that all of these bands have been at my studio at some point. The origins of the scene lie somewhere in the nineties when a number of people got together in Mattersburg and Eisenstadt, with the Cselley Mühle as the focal point. They didn’t just want to be bands but also create an infrastructure for themselves and people like them. In Oslip the Karate Joe label provided a platform for Charmant Rouge, the Beautiful Kantine Band and Georg Freizeit. In Mattersburg Hannes Tschürtz, who would go on to found Ink Music and Schönwetter Schallplatten, took Garish under his wings. I was (and am) the link between these two scenes, as a producer, and often as a live engineer.

IN HOW FAR DOES THE VICINITY OF NEIGHBOURING COUNTRIES INFLUENCE THE MUSIC OF THE AREA?
Not much at all, as far as the pop bands are concerned. Tanz Baby! have been the only ones to open themselves to the influence by playing two or three concerts with the Oslip Tamburica. I would say, though, that the sheer vastness of the Hungarian lowlands that stretch out from here comes across in the melancholy air of the music. I can also see some parallels between Hungarian folk music and the music of the American steppe and desert regions that have produced country and desert rock.

WHICH HOTEL WOULD YOU RECOMMEND TO MUSICIANS WHO COME TO RECORD AT YOUR STUDIO?
I always get my studio guests rooms at the Cselley Mühle. Or at the Remushof that belongs to the Jagschitz family, which has rooms directly on top of their own wine cellar. The landlord is also the vintner and he likes to sit with his guests and share a glass of wine.

WHAT WOULD YOU SHOW TO YOUR VISITORS?
I would recommend a walk to the Leithaberg or to the hills around Rust, both with a view of the Neusiedler See. Apart from that a visit to a Schangl (Heuriger) is compulsory for all our guests.

WHAT IS YOUR FAVOURITE AUSTRIAN MUSIC, PAST AND PRESENT?
Let me start with the past: Maybe I’m not going to make any new friends by saying this, but I really love Peter Alexander, most of all his interpretations of American country or R&B hits. I also love the Worried Men Skiffle Group. As for the present, there are so many good bands around at the moment, beginning with Ernst Molden (especially his quartet with Soyka, Wirth and Resetarits), Der Nino aus Wien, Garish, Ja, Panik, Gin Ga… Through my work as a producer I also get to know some lesser known bands. I can only recommend to everyone to give a listen to The Howling Hounds.