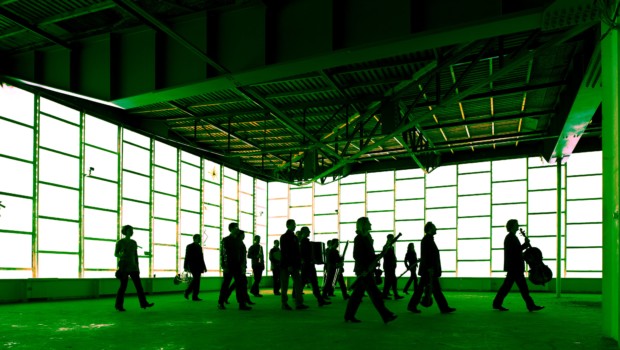 Altogether 30 outstanding composers have been awarded with this prestigious prize so far:

„We are extremely thankful for many decades of support through Erste Bank“, says Bernhard Günther, the artistic director of the festival. „Through a high attendance and numerous sold out events Wien Modern shows that this cultural sector has an outstanding significance for many people in Austria. Strangely, economic and private engagement for culture is not such a big topic here as elsewhere. Cultural financing is a feat in Austria. Together with Erste Bank we are delighted that this engagement has now been awarded with the MAECENAS main prize. Many thanks to the board of Erste Group Bank AG, especially to Ruth Goubran, Head of Community Affairs & Sponsoring, and her team for their longstanding, consistent and responsible support of the „increase of beauty“.

„Awarding a prize in the sector of contemporary music is a big step and shows that the efforts to bring this genre closer to the audience are successful! Many thanks to the jury of MAECENAS. It is a big success for the responsible people and contributors of Klangforum Wien, Wien Modern and the composers who have been striving to get closer to the audience for decades. I’d like to say a big thank you to our partners Wien Modern, Klangforum Wien and the many composers.“ Ruth Goubran, Head of MehrWERT sponsoring programme of Erste Bank.