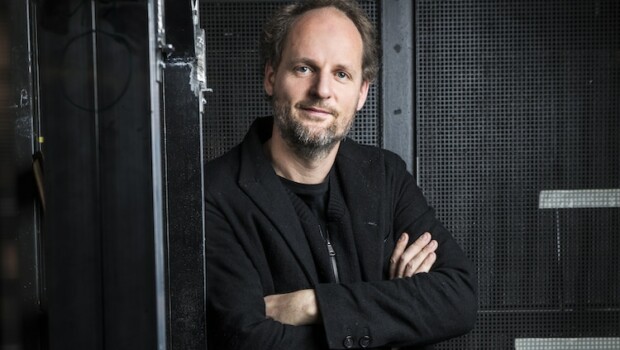 Now based in Vienna and Berlin, the label “col legno” has been successfully drawing “new colors of music” for more than thirty years and describes contemporary music with reference to European music history. “col legno” means “with the wood” and, as a formerly unconventional playing instruction for strings, marks the sound diversity of contemporary music, as the “col legno” website states. What this means in detail was explained by label boss ANDREAS SCHETT in an interview with Sylvia Wendrock.

Since 2015 you have been managing director, artistic director and also owner of “col legno” – what kind of changes did this bring about?

Andreas Schett: From the very beginning, since the label came to Austria, I was part of the circle of owners – I received shares for the know-how I brought in. After the market was already in crisis from 2005 onwards, investors had to keep pouring in money. But I had none, could “only” put in ideas, so my share in the company was, as the saying goes, “diluted” and I ended up with only a few shares left. When the turnover continued to plummet, the co-owners then considered either sending the label into bankruptcy or generously giving it to me. I gratefully accepted the latter, although it was also a certain risk. It’s my lifeblood, and my own music is published by “col legno” [note: that of the Musicbanda Franui]. I have also brought many of my music-making friends to the label. I couldn’t just drop everything.

How did you approach the realignment?

Andreas Schett: I didn’t want to become a garage label that was hoarding boxes full of records somewhere, offering the sound recordings on Spotify and Amazon and taking the parcel to the post office when an order came in. I wanted to continue to have a worldwide distribution of physical products and also a comprehensive digital distribution. We’re proud of the fact that on a given day a release is actually released worldwide. And in all of this I have tried to keep costs down as much as possible. Fortunately, I have found very good colleagues who have worked with me to build the label. Because it was clear that money cannot flow in every year as it did in the years before.

How did this influence the program, the identity of the label?

Andreas Schett: It has become more diverse! If we think about contemporary music creation in a consistent way, then the sensational new way of reading an early work by Pierre Boulez must have its place next to the idiosyncratic music of the Danish composer Christian Winther Christensen, a song by the violinist Emily Stewart and a Schumann “Lied” recomposed by the Musicbanda Franui. There’s so much great music in the making! But it has to be documented accordingly. That’s what labels like “col legno” are here for. If every piece of music is recorded with just a mobile phone and is loitering somewhere on the internet, we have reached the decline of the West. But the politically responsible people did not get it yet!

Who selects the artists, or rather, which criteria decide on their selection?

Andreas Schett: When Debussy was asked how he composes, he’s said to have said: “I take all the tones that exist, leave out those that I don’t want, and use all the others”. First of all, we are pleased that the demand to have a release on “col legno” is still great. Many interesting people are approaching us, not only from the German-speaking countries, paradoxically especially many in the past months during the Corona lockdown. “To be from the same stable” is important for all of us, for the musicians and for the audience. Or perhaps it would be better to say: the context is important, namely the question of the context in which my music appears. Nobody wants to remain in self-publishing in the long run. A publisher friend of mine told me: “Even the most successful self-publisher at Amazon wants to be part of a real publishing house at some point”.

A label is like a roof over your head, a home for the artists who release their music there. How does the house “col legno” see itself? Is it even a house?

Andreas Schett: Let’s stick to the comparison with the publishing world. I recently read that in the USA the e-book business is stagnating, while the bookstore around the corner is booming. Several hundred bookshops open up every year. This is explained by a certain “screen fatigue”. And by the advantage of a curated offer. That’s also how I see “col legno”. We are curators. We work together with the musicians on a curated offer. You can also immediately recognize it by the memorable graphic design.

The visual appearance has often earned you the comparison with the famous rainbow series by Suhrkamp. How did this come about and how do you come up with the variations in cover design, for example with the “Edition III” or the “BRIGHT Colors Edition”?

Andreas Schett: Actually, the concept was born out of necessity, because most artists have only insufficient visual material and no money for real good photo productions. Which leads to endless discussions about which picture should be on the cover. And everybody knows a graphic designer. We said: “Let’s just use two shades of color – true colors, not a mixture as usual in four-color printing – that match the music on the album! Plus nice paper, good lyrics, perfect typography, overall bibliophile features”. With this we have also achieved another goal: a maximum eye-catching factor on the department store shelf. The covers also have an iconographic quality on screen. And the variations are endless, as the editions mentioned above prove. They look different and yet at first glance it’s clear: this is from “col legno”!

Did you also find a new formula for the label’s mission besides documenting contemporary music and conveying it?

Andreas Schett: The most difficult question remains that of financing. We musicians and labels no longer earn any money with our recordings. The sale of physical sound carriers is rapidly approaching zero, and we are getting peanuts from the streaming services. There it’s only interesting after a few hundred thousand clicks. That means: everything that doesn’t work as mainstream will disappear. Everything that is not established, nonconformist, offside or young has no place anymore. The artists have no choice but to finance the entire production themselves, with the fees they get for their performances. After all, this is their business card and it is only because of the documentation that they and their work exist. But not everyone can do that, not by a long shot. Paradoxically, for us labels today it’s not the potential listeners in the world that are our most important customers, but the musicians who want their music to be released in an interesting context. The public authorities should react urgently! Instead, politicians say: “Ah, the CD thing doesn’t really work anymore”. Nobody has understood that our product is a sound recording and that we are distributing it today through different channels than thirty years ago. And that this is an activity that conveys culture which should be supported just as much as a book publisher, for example. Instead, they say: “Turn to the Austrian Music Fund as this is almost the only existing funding instrument we have”. And if you fill out an application there, you can put in all costs as potentially eligible for funding, such as recording studio, PR, graphics, arrangement fees, etc. – but not the label’s costs. What is still in the heads of the responsible people is probably this: The costs for the pressing plant should be paid by the label. But that can’t stay like this!

If there were a celebration to be held for the fifth anniversary of your direction this year, what would it look like, who would play?

Andreas Schett: At the moment there’s no celebration to think of. But we are currently working on several event formats, because we also want to present our artists as organizers. But more about that later.