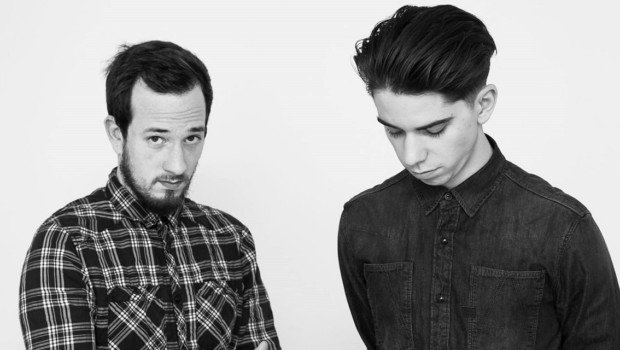 YOUR VOICE IS BEAUTIFUL

The Viennese electro duo Palastic knows how to put some of Austria’s most exciting voices to good use. Our FM4 Soundpark Act in February.

“Our new project was supposed to move away from the pure turntableism to a mixture of electronic production and the influence of various genres,” says Philipp Pichler, half of Palastic, in an interview with Soundpark.

Philipp Pichler began to DJ at an early age. He gained experience and hoped to get some new insights in a producing course in Vienna. This was not quite the case, but it turned out to be even better than expected: in the course he got to know Sebastian Keerl and soon it became clear – everything is better together.

IT FITS BECAUSE THEY DON’T

Philipp and Sebastian are two very different types of musicians and that’s a very good thing for Palastic. While Philipp spent most of his time behind the turntables before the joint project, Sebastian has deep roots as a singer-songwriter. “At the age of ten I started to play classical guitar. Then when I got cool, I hung it on the wall and wanted an electric guitar,” Sebastian Keerl laughs.

It was a coincidence that finally brought Sebastian to electronic music and production: “In one of the bands I played in, the drummer didn’t show up on a rehearsal day. I sat down and programmed the drums myself.” That was the spark that led him to the producing course.

Before Palastic, the two had another, different, joint project. One which they now consider to be “hard club music” themselves. They stayed in the club, but many things are new: Palastic was launched in 2015.

Initially, the two musicians worked mainly on remixes. Their first single was “Far Away”, but it was released a mere two years ago. “We wanted to finish everything from four first songs to the web presence before we presented Palastic to the public. It was nerve-racking, but an important preparation: we wanted a thread that would hold everything together.”

That thread ended up being the signature sound of Palastic – if, like the two of them, one gets a guest singer or collaboration partner on board for every song, the question quickly arises as to where one’s own identity remains. “That’s why we’ve been waiting for the launch. We’ve been working for years to make our songs sound like us, even if the voices change.”

Sebastian’s preference for drumline programming continues to this day. For their sound Palastic prefer the hard hit snare drum, which features prominently in all their songs. And this is another area where their differences are actually an advantage. ”I still mostly care about the chords and melodies. Philipp has a much better sense of how a song should structured, for the arrangement.”

WHEN YOU RECOGNISE STRENGTHS

How Palastic chooses its collaboration partners is always different. But it was clear from the beginning that all of their songs would need more than just the two of them. And for one simple reason: “We can’t sing very well”, they both laugh. Sebastian also says, “this is about the signature sound again. You create the individual pieces in a kind of plan that you have in your head. So they are not all completely the same, but they resemble each other. That’s good because it gives this natural recognition value, but of course there is a great danger that they will sound the same at some point. And that’s where our collaborations come in – they bring the necessary inspiration from outside.”

Looking at the list of Palastic‘s songs, remixes and collaborations are more or less balanced, although now the two of them are moving away from the former and more towards the latter. “It’s just a completely different approach to reinterpreting a song and highlighting places that the original artist may not have heard before; and writing songs yourself. The biggest advantage lies in the fact that you are involved in the production process from the very beginning, that you can give input and that you have everything in your own hands right up to the release. It is not uncommon for us to have worked on a remix, and due to lack of communication or other circumstances it has never been released.”

OUT OF THE STUDIO, ON TO THE STAGE

Palastic played live for the first time at Fluc in Vienna about a year ago, and since then they have performed at the Electric Spring in Vienna’s Museumsquartier or at the Out Of The Woods Festival in Wiesen. “It all worked out great, but it was just another completely new experience for us, completely new terrain. We’ve learned a lot from these first gigs, especially that in the future we’ll be working even more with visuals adapted to the location – on our live gigs.”

Live, Palastic only perform their own songs, no remixes to hear – even if it’s not always possible to ask all guest singers on stage for the respective gig. “We have spent a lot of time discussing and thinking about how we can solve this. And we have agreed – if there is no other way, the voice comes from the tape. Especially for the recording of our next EP we also took this into consideration and there will probably be some purely instrumental tracks to listen to. That solves the live problem in itself.”

A disparate duo, but their sound is tight. Palastic borrow some of the currently most exciting voices (among other things) from Austria. And with each song they expand their musical network. We can’t wait to see which notes will soon be forming around the crisp Palastic snare drum.

By  Lisa Schneider (translated from the German article by David Dempsey)