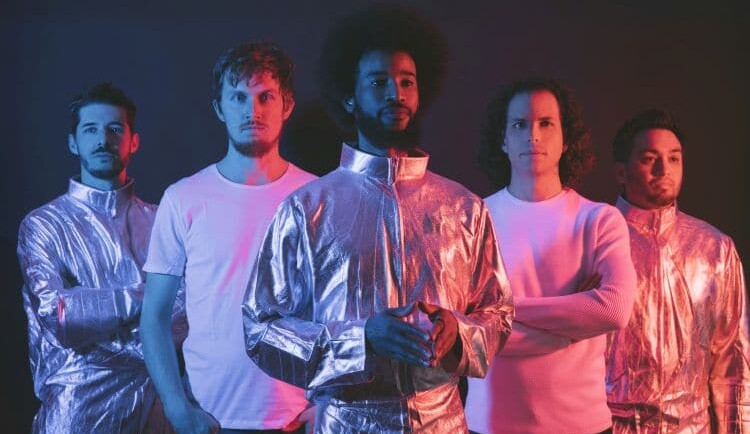 “Spectrum” is the new album from the Viennese band Sketches on Duality. Rap and spoken word lyrics by British Jahson The Scientist meet live instrumentation. They are the FM4 Soundpark Act of June.

“I’m like a scientist with no formula” says Rapper Jahson The Scientist in an interview regarding the new album of Sketches on Duality. The British rapper and spoken word artist with Caribbean roots has been living and working in Vienna for several years and has been featured on projects such as SK Invitational and as part of the band Scattah Brain. His refusal to follow a uniform sound formula as an MC and constructing lyrically very well thought-out sentences is what characterised his previous work.

Sketches on Duality is the band project founded in 2015 by musicians Helmut Mühlbacher (guitar), Felipe Scolfaro Crema (keys), Phillipp Kienberger (bass), Michael Prowaznik (drums) and Jahson The Scientist as vocalist. They got to know and appreciate each other during various events on stage. The personal vibes and creative chemistry were in tune, and soon after their joint jam sessions turned into Sketches on Duality. Their first album “Spectrum” was finally released following their first self-titled EP two years ago.

The joint working process of the band is a very democratic one. Every musician has a veto right, i.e. at the end of the day only songs that everyone is satisfied with are getting released. During its creation the band agreed to let a positive basic feeling flow into the album. According to Felipe, we as humans are permanently surrounded by negative energy and bad news anyway. That is why Sketches on Duality want to give their listeners “good vibes” with songs like “Love Constant”.

“We want to convey that open good vibe that will take us over the hill. That tipping point of bullshit that is going on. You know, the Trump-bullshit. The Brexit-era. All that kind of stuff. We want to counter balance that and overweigh it. „Spectrum” is about being broad and having a wide range of things to talk about. We want to convey goodness, but still be realistic and not naive“, says Jahson The Scientist about „Spektrum“.

The music of the band originates in the process of experimenting. The most exciting things tend to improvised. The extraordinary moments and highlights are then used by the band as a starting point to produce a song. Jahson is thematically inspired by the music. Solos of the musicians and complex song progressions are what shape the sound of “Spectrum”. In the coming weeks and months you can watch Sketches on Duality live several times.