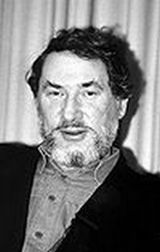 Composing music that translates across the boundaries of generations and social classes is a goal, which HK Gruber has set for himself. Born in 1943 in Vienna, authorities and elites in both political as well as in artistic terms have always been a thorn in the side of the critical spirit. At an early stage, Gruber got in touch with contemporary music as a double bass player in the ensemble ‘die reihe’ and the Radio Symphony Orchestra Vienna. As serial composition techniques and avant-garde innovations formed to a strictly followed movement, he turned back to the already outdated tonality. At the same time he also introduced the modes of composition of the Viennese school and merged serial techniques with major and minor, which he had acquired during his studies with Erwin Ratz, Gottfried von Einem and Hanns Jelinek. In order to be able to perform his ensuing new musical language, he teamed up with Kurt Schwertsik and Otto M. Zykan in 1968 and founded the ensemble “MOB art and tone ART” and set a counterpoint to both the classic traditional canon as well as to latest forms of contemporary music. In combination with socio-critical tones, even the typical black humor of Vienna found its way into the novel compositions – often with the former choirboy Gruber as a chansonnier or conductor of his own works.

One of these compositions, in which the musical all-rounder performs a self composed articulation cascade, is “Frankenstein!”, based on lyrics by the Austrian poet H.C. Artmann. These poems are reminiscent of nursery rhymes and are infested by a whole pack of comic heroes and fantasy villains, where socially critical tones are struck between the lines of all the witty verses. Combined with catchy rhythmic and melodically varied music, the “pandemonium for singer and orchestra”, as the subtitle reads, has become one of the most performed works of contemporary music.

A recipe for success may lie in the composer’s fusion of music and language, since Gruber often draws his inspiration from the sound of the spoken word. This manifests itself not only in the parts of the cabaret singer, whose articulation skills demand a wide range of sounds from the performers. Even the instrumental composition is always marked by a gesture that is easy to follow by the tonal melodies. By combining atonal or serial components, the music also reflects the achievements of the last century and rhythmic effects add to the catchiness of the compositions.

While Gruber gained a growing reputation in England and in the U.S, especially on the invitation of Leonard Bernstein in 1980, he had to wait for recognition in Austria. On the occasion of his 60th Birthday, he received a commission by the Vienna Philharmonic to compose a concerto for orchestra. “Dancing in the Dark” (2003) is based on the history of Central European orchestral sound, the individual sound with Viennese horns and Wagner tubas enriches the sound splendor of the orchestra – not the first opportunity for Gruber to deal with the specific Viennese music tradition. In “Charivari” (1981), there are the sounds of the polka “Perpetuum Mobile” by Johann Strauss, which fall victim to an increasing alienation and disenchant the myth of the musical city of Vienna. While echoes of “Wiener Blut” [in English: Viennese Blood] lead  back to idyllic climes, a bitter aftertaste remains in the playing of the known and unknown.

Not infrequently, socio-political messages hide behind the musical structures: In “Dancing in the Dark”, it is the large number of strings, which assert themselves with their endless melody to the vociferous percussion and horn section. In “Entmilitarisierte Zonen” [in English: Demilitarized Zones] (1979) for brass band, the middle voices, which normally recede behind canto and bass, gradually make themselves heard between numerous cited marches – comparable to the many unnamed employees of a company that disappear behind the boss in an anonymous mass and are yet the key factor for the functioning of an enterprise. The work reflects the utopia of equality in the enforcement of the middle voices.

The work “Rough Music” (1982-83), composed for the drummer Gerald Fromme, refers to a ritual that goes back to a medieval custom, and is still alive in many areas of the world. Here villagers play in a nightly parade on pots and pans before knocking on the house of a not abiding member of the community, to loudly display their displeasure. However, not submitting to social conventions and authorities of all kinds is the basic statement of the opera “Der Herr Nordwind” [in English: Mr. North Wind] (premiered 2005), which was created in collaboration with H.C. Artmann. The plot is based on an Italian tale about the poor farmer Geppone, whose harvest is destroyed every year by the stormy bustle of the Lord Nordwind and culminates in a fight against religious and secular authorities.

Despite the critical stance that Gruber always takes in, wit and humor are often not far away. After all, the composer says, “… art does not need a halo, one doesn’t always have to sit in a concert with a corrugated brow, and demand that this would be the only proper way to deal with art.”  Gruber has often demonstrated that there are other ways, not least with the use of toy instruments and scenic interludes of the musicians in “Frankenstein!”.