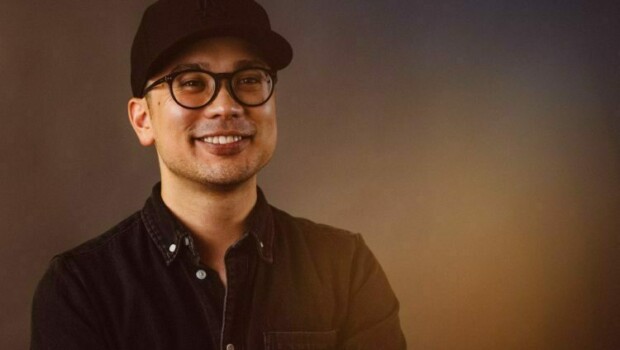 PATRICK KUMMENEKER aka TRICKY is one of those audio engineers who give songs the right sound in this country. For his work he has already received gold and platinum awards several times. In addition, he got three of the five “Best Sound” nominations at the Amadeus Austrian Music Awards last year. In an interview with Michael Ternai, Patrick KUMMENEKER talks about his career, his love for technology and the challenges that come with this work.

First of all, how did you actually come to do what you are doing today? Were you perhaps active in music before, like, in electronic music?

Patrick Kummeneker: Actually not at all, even if I sometimes do look like a DJ. But it’s true, I was active musically first, and actually from quite early on. I started playing the clarinet in elementary school and later, in high school, I added the saxophone. Since I attended the Vienna Music High School, I also got the opportunity to play in bands and do some gigs. That was a lot of fun for me. At the same time, I was always very much interested in technology, perhaps because my father is a mechanical engineer. When I was 14 or 15, I started to want to do something that combined music and technology, but at that time I had no idea what that could be.

I finally had my magic moment at 16, when I was in the recording studio of the former SAE with a jazz big band that had been formed at the music high school, to record the final production for a student. It was absolutely my first time in a recording studio. After the recording, when I stood behind the sound engineer who was sitting behind this huge mixing desk and mixing, it was immediately clear to me what I wanted to do. After finishing high school, I started my training as a sound engineer at SAE in 2006. That’s the short version of how I got into sound engineering.

During my studies, I did a lot of live engineering because I wanted to acquire knowledge as quickly as possible. And because I played with the bands in quite a few locations, I got to know other sound engineers, which made it a little easier for me to get internships. That’s how I got the chance to work as a backliner for Russkaja relatively early on. I was on tour with the band a lot, and we had two or three shows every weekend. I did that for a few months. All in all, I was into live engineering for about eight years. During that time, I got to know an incredible number of people and came into contact with recording studios time and again.

In 2010, I then met the renowned music producer David Bronner, whose mixing assistant I became until 2014. David was my mentor, from whom, if one can put it that way, I actually learned everything. He was also the guy who produced and mixed Conchita Wurst’s song contest entry “Rise Like A Phoenix.” Being part of the team there was a really great experience. Then, in 2014, I started to focus entirely on mixing.

That’s interesting. So there’s basically a jazzman in you, too?

Patrick Kummeneker: Yes, there really is a jazzman in me, as well, you’re right about that. And it wasn’t entirely improbable that I might decide to go in that direction. But in the end my love of technology was stronger. What’s more, in 2005 – before I started at SAE – I had an internship at the ORF Radiokulturhaus in the Ö1 ethnic group program “Ö1 Campus”. I edited programs there every weekend for a month. My boss at the time liked that so much that he asked me if I wouldn’t like to do that during my time at school. And of course I did. This activity encouraged me even more, because it allowed me to develop an even closer relationship to audio engineering and an understanding of radio and how it works.

In your opinion, is it a prerequisite for the sound engineer job that one was a musician before? Does this help to have a different ear regarding sound?

Patrick Kummeneker: Yes, I think it’s important to have at least a basic understanding of music, but of course it’s clearly an advantage to be a musician. I would say that good musicians have a well-developed and sensitive ear. At least that’s the case with the ones I know. I think what I do, you just acquire it over time. You just learn to listen more closely to things and get a sense for good sound over time. A musician usually listens to the big picture. My job, however, is to listen more deeply with a magnifying glass.

When someone comes to you with a song, do you hear what needs to be done right away?

Patrick Kummeneker: Yes. I get an idea pretty quickly of what’s possible and where the journey should go. In general, part of the job is to listen to the customer’s intention or to find out about it through conversations. For me, a rough mix is like a map. My job is to make the journey to the destination as pleasant and easy as possible. Figuratively speaking, a rough mix for me means that an artist says he or she wants to go to Italy with the song and I’ll determine that it goes to Rome in terms of sound.

To what extent is it difficult to convey your own ideas to the artist?

Patrick Kummeneker: It’s not supposed to be like that, because that would mean that I’m imposing my sound on the artist. For me, it’s important to always keep in mind that it’s not my song, it’s their song. My job is to find their sound. Of course, a little bit of me also flows into it, but I always try to keep the character of each artist unchanged. A Julian Le Play should also sound like a Julian le Play.

Because you just mentioned Julian Le Play. What other people have approached you?

Patrick Kummeneker: Besides Julian Le Play, for whom I did two songs on his last album, I’ve also had the pleasure of working with Conchita Wurst, Filous, AVEC, Josh, Lou Asril, Lisa Pac and Mathea. I have also done jobs for international acts like Ray Dalton, Decco, Tokio Hotel and various Eurovision Song Contest artists like Cesar Sampson or Ben Dolic. Basically, I’m doing many different things. But that’s what I like about my work.

You’re working mainly in pop music. Have you never been tempted to try other genres as well?

Patrick Kummeneker: I never really intended to commit to just one genre. Over the years it simply turned out that I’m doing pop music. Personally, I like jazz, soul, hip hop and urban music very much and I would also describe myself as a music fan in general. There’s also no genre of which I’d say I wouldn’t do that. But somehow it has come about that a very specific circle of musicians approaches me and uses my services. It probably has to do with the output I deliver. I’ve done stuff for various artists in the pop realm and that’s probably why similar artists or bands are coming to me.

What are the biggest challenges in your work?

Patrick Kummeneker: One challenge in this job is certainly the high workload. Above all, it’s the fast pace of today’s world that plays an aggravating role here. When you send out a mix, you get a response with specific change requests within a very short amount of time. This constant accessibility plus the desire for immediate completion are already a big challenge. The mixing itself is easy for me. But of course it takes years until it becomes easy. I think what’s important in the whole creative industry is having the bite and the stamina, just knowing that it’s just a matter of time and you just have to stick to it. You have to try to do the best you can every day. I don’t know any successful musicians in the music business who aren’t working very hard. Whereas I have to say that I don’t see what I’m doing as being a job now, but rather a passion. Basically, I get paid to listen to music. [laughs]

Is there anything special one needs to be able to work successfully in this field? I think there are quite a few people who have graduated in audio engineering.

Patrick Kummeneker: Yes, that’s certainly the case. I also think that I’ve been a bit lucky in a way, often meeting the right people. But I wouldn’t really dare to make a general statement about how to get to where I am now. I’m sure there are different ways.

You have been nominated for the Amadeus Award in the category “Best Sound” several times in recent years. What effect did these nominations have? Are more people knocking on your door now? Do you have to turn requests down in the meantime?

Patrick Kummeneker: If we’re not going to do something, it’s usually because the production isn’t ready yet. Then I advise the artists that they should revise the song again. I’m honest about that, because mixing is expensive. If someone really comes in with a song that I can’t do anything about, then I’ll recommend someone else for the job.

Finally, an attempt at a look into the future. What do you think the job will look like in ten or fifteen years? Will you still be pushing the same buttons?

Patrick Kummeneker: I think so, to a certain extent. If you look at the last ten or fifteen years, a lot has changed. I was still learning to do mixes on a mixing console. Today, I’m using the mouse almost exclusively. I’d even dare to say that it definitely will become even more digital. The big question many are asking is, what kind of effects will artificial intelligence have? It’s already having some impact. For example, there are online mastering platforms where songs are mastered within five minutes. That’s based on algorithms. The program recognizes the treble and the bass, the volume, the voices, the arrangements, etc., and deduces from experience what it needs to do. But I think as far as audio engineering is concerned, it will always be the case that you need people, because no software can feel emotion. And music is emotion.