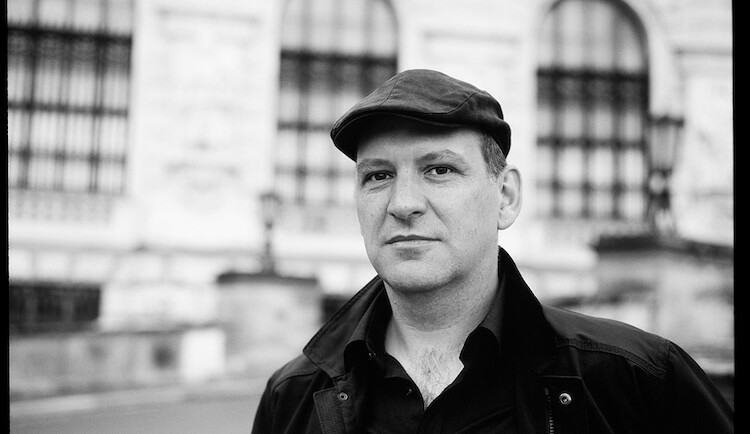 Contemporary composer of instrumental and electronic music, WOLFGANG SUPPAN talked to Sylvia Wendrock about his methods, practice and motivation, while accessing his intuition by avoiding repetition and risking connections.

How does one approach such a task, if one, as you say on your website, floats through the entire musical canon with the goal of thereby coming to one’s own, to “Welten…auseinander” (“worlds…apart”)?

Wolfgang Suppan: For example, I react consciously or unconsciously to the choice of pieces that will be played alongside mine at the concert. The title “Walking in the Limits” by Heinz Reber has also had an influence on my piece. I once met him personally at a dinner and I know that he died at the age I am now. That touches me, of course. As an artist, you project your ideas into infinity and at the same time you know that life has a beginning and an end.

What is your method?

Wolfgang Suppan: For me it is CAC – Computer Assistant Composition. The computer plays an essential role in the development of material, whereby noise as a sound phenomenon is reduced to a mathematical level in my work. Random generators can be used to generate different qualities of noise. These are then magnified with the help of the computer in order to then build harmonic structures with them – this is microscopic work on the one hand, and, on the other hand, my interpretation of which approaches prove to be musically interesting, and which do not. What sounds like noise at the bottom becomes a piano chord at the top. So to understand the noise not as a sound phenomenon, but as a theoretical bracket for my work.

How then do you recognize the potential of a sound and what exactly do you derive from it?

Wolfgang Suppan: I first develop my material with algorithmic procedures. If this first approach begins to develop in the direction of a score, I trust myself to make a very intuitive selection. So, the computer helps me to trust my intuition. One is always very critical of one’s own intuition, because it is often manipulated, i.e. overformed/influenced by ideas of how something should be. Thus, initial ideas often turn into tedium for me because they correspond to a cliché. But sometimes you reach areas where you venture very speculatively but feel a spark.

Wolfgang Suppan: There are several aspects to this. On the one hand, I embrace short forms, which others also recognize as a quality in me. “Regenbild”, for example, lasts two and a half minutes, bears the title of a poem by the German poet Richard Anders, and was written for the interior of the piano. But it took a disproportionate amount of time and energy to write this short piece.

“When you don’t want anything, great things emerge.”

… the short piece is, after all, highly demanding, like the joke. It contains the densest measure of compositional achievement and intellect.

Wolfgang Suppan: Yes, but the short is also the daisy that everyone quickly steps on. You’re not seen. You can’t succeed if no one sees that there is a little flower that you have to watch out for. In my song cycle “Unverbesserliche Lippen” (“Incorrigible Lips”), the first song became a longer one; after its performance, I subsequently wrote three shorter ones, basically for the drawer, which were now premiered at Imago Dei. But these small forms are for me like beautiful mosaic stones. Small but precious. When you don’t want anything, great things emerge.

But you are also inspired by texts for your pieces, language also contains a musicality. And if musicality is a form of understanding time, is literature also such a structuring of time? How does it influence your work?

Wolfgang Suppan: Reading has always accompanied me. I have phases in which I occupy myself more with literature than with music. I like to immerse myself thematically and sometimes spend a long time with a thematic focus, for example with Russian literature of the 19th century from Dostoyevsky to Turgenev. In connection with music, I am actually constantly on the lookout for poetry and texts. The bass clarinet piece “Ulam”, for example …

… the piece that has probably been performed the most …

Wolfgang Suppan: … at least the most widely traveled. The Stump-Linshalm duo has taken it all over the world, from Mongolia to New York. The origin of the piece points to the mathematician Stanisław Ulam, who found the Ulam spiral. When I wrote this piece in 2008, I realized that I could not simply translate such a phenomenon into music. All that was left of Ulam at the end of the composition process was the sound of the two vowels U and A. Frequently repeated, a mantra with a quasi mind-altering component is created. For me, language is also the possibility of opening up spaces which, as in Kafka’s work, are not actually tangible, but are nevertheless present. Language as a medium that reveals unexpected things to us.

Is this knowledge enough for an impulse or inspiration? You took remarks from Galileo and Lovell and noticed the poetic appendages that fall outside the scientific nature of the text. These could also be an indication that the framework of the explanatory models used in each case was only a railing for both of them.

Wolfgang Suppan: With “Welten…auseinander” I of course only touch the connections because I am not an astronomer or space researcher. I was fascinated by the achievements and courage of Galileo, to have an enormous astronomical knowledge already and at the same time to live in the time of the Inquisition, which put further thinking under punishment. Nevertheless, he built a telescope based on the Dutch model and had a decisive sensory experience when he could see the moon so magnified and so close, which eventually led him to publish his book “Siderus Nuncius”, risking his life. With the technical support of a telescope, he suddenly gained sensory impressions that generated the urge or courage to cross a threshold that was not without danger. Jim Lovell’s notes on the Apollo 8 mission interested me. He drew completely unexpected pictures, saying the surface looked “like the pavement of Paris.” The two obviously share an interest in their own existence and the experience of actually looking at themselves when looking into the distance. So, this striving for knowledge does not aim into the distance at all, but actually back to this place where I stand on the earth and look towards the stars.

And besides literature, there are also performance and dance, installation and sculpture in your canon of works …

Wolfgang Suppan: On the subject of dance, I have worked a lot with Rose Breuss. She uses Labanotation, a notation for dance, which is used in classical ballet and represents how one records movements in a form of abstraction. For me, this formed a bridge to music. My time as a fellow at Solitude in Stuttgart opened up this approach for me, as all art forms come together there: Theater, film, music, visual arts, literature. I always found it very interesting when disciplines interpenetrate and come into contact with each other. Of course, that brings with it the tendency to lose one’s own position a little.

Did you have difficulties positioning yourself?

Wolfgang Suppan: Not really, but there are constellations where you have to admit that it doesn’t work. For example, I’m very interested in film and would love to compose film music. But as a rule, the music is assigned a role in which I can’t participate. I’m interested in the music doing something in the film, but often the music turns into a mere confirmation or assurance of the image. I believe that music structurally communicates something to us. With images, music often coagulates into a surface, when the interaction of disciplines should happen with more parity, so that everyone who contributes is also part of the whole.

“I see teaching less as a transfer of knowledge and more as assistance for seekers.”

You go through music history in your thinking, describing your search for theoretical points of connection in the 20th/21st century. Is this relevant to your teaching at the University of Music and Performing Arts Vienna? And is there a connection for the described search for ourselves? Is art creation an expression of human searching?

Wolfgang Suppan: Schönberg’s statement “Music does not come from being able, but from having to” would be rephrased for me as “… from wanting”. I see teaching less as a transfer of knowledge than as assistance for seekers. I want to say, “I’ve been at this for so long, and I’m still searching.” Picasso said: “I don’t seek, I find.” and of course every piece you write is a finding. But with the next piece the searching continues, that’s the constant movement.

Perhaps, or hopefully, later generations will say that it is part of a 21st century tradition of thought to live and feel that creating as an experience of being, also as a raison d’être, is sufficient. If society turns its gaze to this, it would find enough purpose to the meaningfulness of the human existence. Is this a vision, a forward-looking idea or a hunch or only an ideal and a wish? Were you interested in this idea when you were working on Rousseau’s “Emile”?

Wolfgang Suppan: I was captivated by the ambivalence of Rousseau’s character, the contradictory nature of his actions. But I wasn’t interested in understanding Rousseau; the world of thought today is different from that of the 18th century. What interests me about Rousseau is not the philosophical debate, but the human component of a biography that is contradictory, even failed.

But isn’t it ironic that you’re writing an “Idyll” series on it?

Wolfgang Suppan: The word “Idyll” comes from the Greek and means little picture. It carries something of the bucolic, idealized harmlessness of the 18th century, which later became Biedermeier. But in retrospect, the title can also be understood as a counterpoint to my often very complex compositional methods. I didn’t want to use a complex-sounding title as well, but rather something else or even provocative.

The idea of radically cutting off and detaching from historical progressions was also a reason for the founders of the Darmstadt Summer Courses for New Music.

Wolfgang Suppan: I see institutions like Darmstadt as an important platform for mediation and exchange. Today, however, one cannot expect the groundbreaking new to happen there all the time, but rather must ensure that structures that make art productions possible are not structurally destroyed. This is a danger that arises when orchestras, radio stations and everything that concerns new music is called into question. I’m thinking, for example, of the closing of the Studio for Electronic Music in Cologne. Bridges are being torn down that will be irretrievably lost. Institutions are simply important, also for the preservation of individuality.

“My pieces are always a form of invitation to have an experience. In other words, to trust one’s senses.”

Institutions also enable the perception of what is possible. Perception is also an aspect in your work, but in a different context: you describe the opposite effect of musicianship and cell phone use. Are you investigating the human ability to perceive via acoustic stimuli?

Wolfgang Suppan: My pieces are always a form of invitation to have an experience. In other words, to trust one’s senses. As far as the receptivity of our sensory organs is concerned, we have long since gone beyond what is still manageable nowadays due to the technical possibilities.