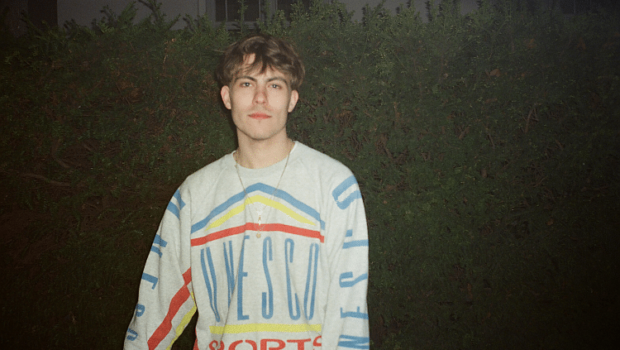 WANDL isn’t an insider tip any more. Countless singles and attention grabbing collaborations have made the 22 year old producer into a hot topic in the European electro-scene. Now the long awaited debut album “It’s All Good Tho” (Affine Records) is finally here. WANDL talked to Michael Ternai about musical influences, work habits, and the self doubt that plagues him.

You have grabbed a lot of attention in the last couple of years with your singles. Many of your collaborations as well. Did you make a conscious decision to take time with your debut album?

Wandl: I don’t know if I did it on purpose. It was probably more that I just didn’t really feel ready for a full length album. Of course, I always thought a solo album would be great. But I was uncertain that I could manage the length, the complexity, and bring it all together. It wasn’t until “Geld Leben” that I noticed I might actually have what it takes to put a complete album together, around 45 minutes of music that creates a whole, even if the individual tracks go in different directions. I have never put so much work into a single project before. I really experimented and took a perfectionistic approach to the whole thing.

One thing that is really noticeable on “It’s All Good Tho” is that it is stylistically diverse. What influences you, where do you get your inspiration.

Wandl: My biggest influences come, especially when it comes to aesthetic, from hip hop, the genre I originally come from. But of course, I am influenced by other things. I discover a lot of things just looking for samples. Some days I will listen through 40 or 50 albums just to find one sample that fits. And I will listen to stuff ranging from 70’s soul to 80’s pop. I also like Chicago house, and a lot of other stuff. My only criterium is that the sound sets something off in me that moves me in some way.

How important are other peoples opinions to you? Or do you just do your thing from beginning to end? You count Dorian Concept as one of your mentors. Does he give you helpful advice?

Wandl: When it comes to ideas I am very stubborn. That is probably because I have a very precise idea of what I want to do. And I want it to be dirty and disturbing.

IT’S ALWAYS ABOUT FINDING THE RIGHT BALANCE BETWEEN WANT I WANT, AND WHAT IS LISTENABLE

But yes, Dorian gives me great feedback. Which was sometimes unsettling. Especially when the criticism was a bit more harsh. On the other hand, I am someone who can accept criticism and work with it.

Speaking of criticism: How critical are you with yourself? How long do you work on a track until you are satisfied with it?

Wandl: It depends. On “It’s All Good Tho” there are tracks that were one-and-done. At least their sketches were done in a couple of hours. I only messed with them a little bit. But I have to admit that I am someone that likes to get things done in one take. I try to record the pieces as quickly as possible so that I can catch the mood of the moment. But there are also tracks that I have to work on and that almost drive me crazy. The ones where I have to throw out ideas and complete sections because they just didn’t fit. But I think that is all just part of the process.

I am particularly critical of my own voice. I try my best to get rid of the accent, the Austrian in my English. That takes a lot of time.

You used a lot of your own samples on “It’s All Good Tho”. More than before at least. What was your motivation to use this method of working?

Wandl: I have been thinking of going in this direction for a couple of years. I just avoided it, since I had the feeling that I couldn’t pull it off the way I wanted to. I bought a Rhoads for the album and noticed that I didn’t have to play as tight as I thought. I can always work on the pieces afterwards.

I first used resampling – recording a jam, cutting pieces out of it and then making a loop of that and adding effects and tape distortion – without knowing it on the track “Drones”. That was a track I always went back to in the following years. It is a very organic sound that makes the track work. It’s the organic sound I wanted to achieve on “It’s All Good Tho”.

The titles of the tracks already make it clear that they aren’t necessarily dealing with the most positive aspects of life. Do the thoughtful lyrics mirror your personal side?

Wandl: Yes. I am definitely a very melancholic person, even if I can be goofy and joke around. This thoughtfulness, this uncertainty about what I do, this desire to question everything, has been with me since puberty. And all of these things make it impossible for me to really feel satisfied with what I do and that I feel driven.

This drive is also in my private life. Just last year I had the feeling that I had to  withdraw. I felt a bit distanced from the people around me and used that as a subject for my tracks. I say things on the album that I might not have trusted myself to say aloud back then.

Since you just said that you are never really satisfied with what you do, how satisfied are you with this album?

Wandl: Very, of course. I think I did something really beautiful with this album. But I have to say that particularly the last part of the production was really heavy and intensive. When I was listening to the tracks I re-experienced the feelings and with some things I thought: “You can’t say that!”. That resulted in some uncertainty and a few things were thrown out and replaced with new ones. On some of the others I think I could have done it better now. But what are you going to do. That’s the way it is. But all-in-all I am satisfied with the result.

And what are your expectations for the next album? What’s next?

Wandl: First I have a solo gig in France. I have already been there twice with Okmalumkoolkat, but it’s a totally different thing as a solo artist. But I am really looking forward to it. Otherwise I hope that this album helps me play some more outside of the German speaking parts of the world. In general I am pretty sure it can work out well. Playing more concerts, maybe make some money and continue to make music. That’s what I would define as my next goals.