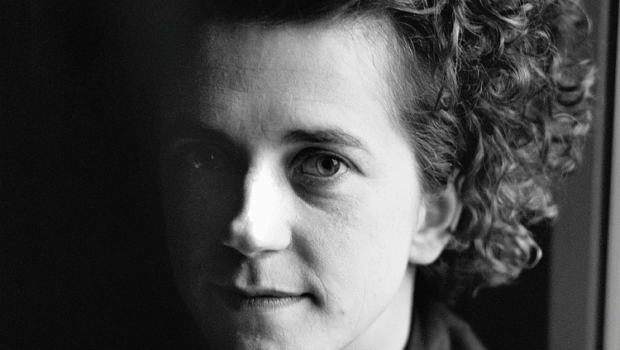 BERNHARD GÜNTHER, the artistic director of WIEN MODERN, announced the programme of the 30th edition a few weeks ago. “Bilder im Kopf”( Mental Images) is the motto under which around 90 events will be taking place between the 31st of October and the 1st of December, 2017. This years programme includes around 50 premieres and first performances as well as many music theatre productions (like “Die Antilope” from JOHANNES MARIA STAUD). Some of the existing productions planned for this year include: “Le Encantadas” from OLGA NEUWIRTH together with the ENSEMBLE INTERCONTEMPORAIN and the INSTITUT DE RECHERCHE ET COORDINATION ACOUSTIQUE/MUSIQUE, „Floß der Medusa“ from HANZ WERNER HENZE and the Vienna-Paris cooperation “Les espaces acoustiques” from GÉRARD GRISEY.

Coproductions and partnerships connect this years festival with the Wiener Konzerthaus, the Musikverein, the MuseumsQuartier, the RadioKulturhaus, the Filmmuseum Wien, the Künstlerhaus, the sirene Operntheater, netzzeit, the Neuen Oper Wien, the Christine König Galerie, the Wohnpark Alt-Erlaa and many others. Before Bernhard Günther presented the programme (which is available at www.wienmodern.at), two central members of the board of directors of the Wiener Konzerthaus and the Musikverein spoke.

The president of Wien Modern, Matthias Naske, praised the planning and early presentation of the programme which could add to increased public interest and a larger audience. Thomas Angyan was also happy about the positive financial report presented by Bernhard Günther – ticket sales compared to 2015 have increased from 180.000 to 295.000 Euro. Despite reduced funding from the city of Vienna, the budget only faced a deficit of 50.000 Euro. Angyan also mentioned that support from the Erste Bank had increased significantly.

After a look back at the (pre)history of new music in Vienna, this year it is all about the power of imagination. Bernhard Günther promised a “colourful rainbow of sounds that jump out at you”, because, “in the past decades music has increasingly freed itself from abstraction. The extremely vivid possibilities of contemporary music will be spectacularly presented at Wine Modern 2017. Olga Neuwirth places us, thanks to refined spacial electronics, in the acoustics of a centuries old church in Venice. Gérard Grisey has given us an iridescent alternative-model to music of the post-war avant-garde with “Les Espaces acoustiques”, and Peter Eötvös needs neither stage nor costume for his “Chinese Opera”, just his acoustic imagination…”

Film, video, painting, photography, and multimedia play an important role in this years programme, even if they are only about the images created in the listeners own imagination. The event will open with an anti-war silent film, “J’accuse” by Abel Gance from the year 1919, accompanied by orchestral music and electronic from Philippe Schoeller. The opening concert will be provided by the RSO WIEN with their rendition of the Hans Werner Henze oratorio “Das Floß der Medusa”. A piece whose premiere was lost to the tumult in Hamburg of 1968 and didn’t actually reach an audience until Vienna in 1971. Yet another piece of Viennese history.

Visual media also play a major role in the “The Acousmatic Project” from Jennifer Walshe, in François Sarhan’s „One Shot Train“ in Echoraum, with Carole Bauckholt’s „Oh, I See“ in the Künstlerhaus, as well as in the  film-text-music-installation „Daily Transformation“ from Anna Henckel-Donnersmark, Lisa Spalt and Clemens Gadenstätter. Another focal point of the festival is the Musique spectrale and the Musique concrète by multiple generations of French composers from Messiaen to Hugues Dufourt, Tristan Murail to Georges Aperghis, as well as a premiere of a piece from  Jean Barraqué.

The cooperation with the children’s theatre, Dschungel Wien, will be enhanced by the ZOOM children’s museum, as well as a general emphasis on younger generations of composers, and ensembles, such as those from students of the Universität für Musik und darstellende Kunst, the Musik und Kunst Privatuniversität der Stadt Wien, the Technischen Universität Wien, the Anton Bruckner Privatuniversität Linz and the Conservatoire national supérieur d’art dramatique Paris.

The winner of this years Erste-Bank Award is the composer Hannes Kerschbaumer, who was born in Brixen in 1981 and currently lives in Innsbruck. Five of his works will be performed, two of which will take place as part of the award-winners concert with the Klangforum Wien.