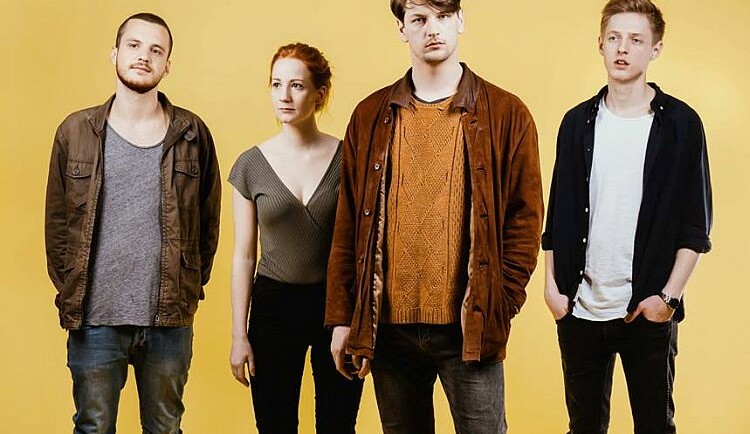 The promise hinted at with the first single “Luddite” is now being impressively confirmed with the debut album “Of Two Minds” (Futuresfuture). It is evidence that the Synth-pop quartet NAKED CAMEO are a young and talented band that has what it takes to make a name for itself.

Well, one thing can definitely be said. What Naked Cameo have released on their debut album can easily be filed under “more than just successful”. The music Lukas Maletzky (guitar, vocals), Maria Solberger (synthesizer), Patrick Pillichshammer (drums) and Jakob Preßmair (bass) have given us on “Of Two Minds” are songs somewhere between pop, electronica, and R’ n’ B. Wonderfully warm songs that gently caress the listener from the very first note.

The numbers produced by Marco Kleebauer (Leyya) are carried by a multitude of memorable melodies, imaginative arrangements, catchy vocal lines, and amorphous floating soundscapes. The strong voice of Lukas Maletzky gives the sound a distinct character and soul. The musical range of the album stretches from danceable to unbelievably atmospherically restrained. The quartet knows how to charge their music with atmosphere and mood, to give it a vibe that penetrates the surface and expands into marvellous depths.

Naked Cameo can celebrate a really strong debut with “Of Two Minds”. Lukas Maletzky, Maria Solberger, Patrick Pillichshammer and Jakob Preßmair debut convinces with a sound that makes you curious and hungry for more. A sound that will prove inspiring to fans of sophisticated modern pop.