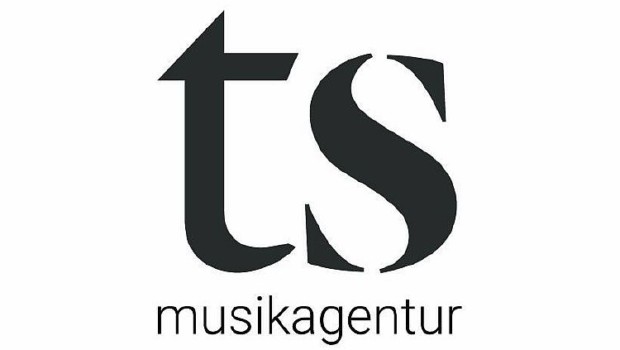 MATTHIAS PIRNGRUBER, BERTRAM KOLAR and FLORIAN RITT are behind the music agency TÖCHTERSÖHNE. Their agency stands for excellent music. Not a mass of music groups, but an exquisite, high-quality selection of bands and artists such as FOLKSHILFE, KRAUTSCHÄDL, GOSPEL DATING SERVICE and LISTEN TO LEENA can be found in their portfolio. The promising young up-and-coming music agency introduced itself in an interview with Mitzi Loibichler.

How did the foundation of töchtersöhne (German for: daughtersons) come about?

Bertram Kolar: Actually we, Matthias and I, have known each other for a very, very long time. We went to school together, but we never really had much to do with each other. It wasn’t until the Ahoi Pop Festival in Linz, where we both worked as artists’ advisors, that we meet again. There we found out that both of us are active in the music business and both want to establish our own music agency.

Matthias, you are actually a philosopher, Bertram, you studied theatre, film and media studies. How did you get the idea to found a music agency?

Bertram Kolar: I always wanted to go in the direction of cultural management. I am interested in the fine arts as well as in film and music. With my own band Parasol Caravan I have been on the road a lot and have learned a lot over the years. Through an internship at an agency I noticed how much I enjoy working in the music business. Now we want to grow with our own agency.

Matthias Pirngruber: I am actually “a frisch Gfongta”[laughs]. I started with the ESC preliminary decision of folkshilfe. At that time, the band needed someone to take the calls for them from organizers who called the day after the TV show. At the beginning I really only phoned, but then I took over the booking from them very quickly and since 2017 I also do the management.

We don’t need 40 bands on our website for people to see how cool we are.

You are currently working with some bands who have previously worked for a major label and its management. What distinguishes you as an agency and what are your core tasks?

Matthias Pirngruber: Our core tasks are certainly management, booking, publishing, label and tour management. What is special, however, is that we deliberately want a very small roster of artists. This means that we only work with bands with whom we have a relationship of trust. We don’t write bands in our roster just because we organized them once in Vienna. We don’t need 40 bands on our website for people to see how cool we are.
We want to experience an intensive cooperation with the bands and create something with them. Above all, a good personal relationship must be able to develop.

Bertram Kolar: It is simply important to us that the band has quality, stands for itself and is artistically valuable. For this reason it also works that on one side the Blonder Engel stands as a music cabaret artist and on the other side there is Krautschädl or folkshilfe. The most important thing is a very good basis of trust with the musicians. As a booker you are always very close to the band – there is a constant exchange that has to happen on the same level or on the same wavelength. But above all at eye level. This is also important to us as a company; we all have equal rights. If it grows more slowly, then you walk two more steps together.

The new single “ButtaButta” by Krautschädl was released on April 13, 2018. How did you get to work with the band?

Bertram Kolar: Originally I was with them as tour manager. As aresult the band became aware of us as an agency and saw how we work. This is how the cooperation came about. The new single “ButtaButta” is like butter: fat[laughs]. Certainly not a “typical” Krautschädl song. Even if a few people are annoyed, it is a real Krautschädl number in terms of its essence. The content is an incredibly strong song – the focus is on the refugee crisis. With the video, everyone can see for themselves how phat the band is.

The farther you get from ‘dahoam’, i.e. Austria, and the less people understand dialect, the better the music works.

You are also vey successful with folkshilfe. The band is currently nominated for the Amadeus Austrian Music Award. The music works just as well or almost better in Germany than in Austria. How do you explain that?

Matthias Pirngruber: With folkshilfe you can see very well what you can achieve if you don’t let yourself be pressed into any genre – and, for example, make pop music with a squeezebox. Unfortunately, it is also obvious that Austria is not yet quite ready for it, since one often associates an accordion with folk music. But the guys prove the opposite with synthesizer and accordion. We notice that the music is also slowly arriving on the radio. “Mir laungts” has been on the Austrocharts for 22 weeks – the song was number one for over ten weeks. You don’t have to hide yourself with this kind of music anymore – we have had success throughout Austria with folkshilfe.

Bertram Kolar: This topic is generally very interesting. The further you get away from “Dahoam”, i.e. Austria, and the less people understand dialect, the better the music works. I see it quite pragmatically: Most people in Austria or Germany listen to English music of which they probably understand only half. But they don’t mind, because it’s much more about the essence of a song and what mood is conveyed in a song. That’s the way it should be.

Matthias Pirngruber: It’s just a shame that there are still reservations about dialect. On the surface, language is only one characteristic of the band. It would be like saying, “I don’t play music where a hi-hat is played.” Dialect is just one way of singing the lyrics. I’ve never heard anyone say that they don’t play italo-pop just because they sing in Italian. Nobody understands the lyrics, but the music works. It’s interesting how superficial the often intellectual musical landscape actually is. How strongly they still categorize. Unfortunately, there are still reservations about music in dialect. Everyone who has ever been to a folkshilfe or Krautschädl concert will notice the power of this music.

With the “Tour der Regionen” by folkshilfe you have deliberately decided to organise concerts in rural areas. Why?

Matthias Pirngruber: Every band plays the classic club tours after an album release. But after the album release we had a lot of inquiries from regional organizers. So we thought that it makes sense to go to these regions and do concerts there. We have designed a concept around these requests and worked with organizers that we knew would be a great collaboration. At that moment we ignored the big cities and went where regional cultural associations do the work. They simply work their asses off so that they have culture in the region. These clubs have a huge love for culture and the region and are happy when a band like folkshilfe plays in their town. Every side wins, people are happy when there’s a concert, and the organizers are extremely busy – even as a band you can feel that. There is something positive for all parties, and that is the beauty of it. And because live business is so important, you have to travel to regions where it is valued. Once you have grown up in the countryside, you know how rural structures and associations function and how important culture is there.

Which goals or which vision will töchtersöhne pursue in the next five to ten years?

Bertram Kolar: It is important to us to be authentic. We want to support music that the bands really want to make themselves. You can feel it on stage and above all the audience can feel it. Certain bands from our agency are very popular with the audience for this very reason.

Matthias Pirngruber: Our vision is to work with the artists for a long time while at the same time drafting the contracts in such a way that everyone can leave at any time. Our goal is to become one of the largest agencies in Austria on a small scale.

Thank you very much for the interview!
Mitzi Loibichler