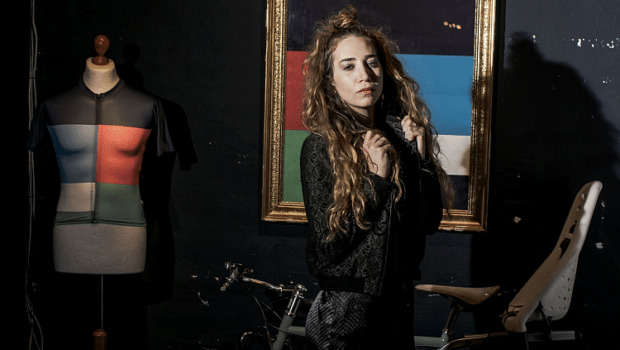 A wild band gathered around the front woman SAVAGE in 2016 to play funky music. So it isn’t surprising that the new PLAYING SAVAGE single “GOOMB (Get off of my back)” (Seayou Records) is not only a solid release but also pretty groovy.

The story of Playing Savage stands and falls with the front woman Savage. She founded the band after moving to Vienna to finish her studies. But then she quickly realized that she didn’t really want to be a classically trained musician, and decided to do her own thing instead.

She founded Playing Savage and drew the attention of Wanda producer Paul Gallister. Quite quickly an album was born: “Wild”, whose lyrics she had written within two weeks. The result was an album on which she not only delivered a strong vocal performance, but also some pretty catchy songs.

THIS FRONT-WOMAN HAS EVERYTHING UNDER CONTROL

And on the new single “GOOMB (Get off of my back)” the American’s vocals really kick in. The song starts with a heavy drum beat, that is to say her voice, as she says “No, no, no!” It sounds like a very powerful sorceress is reprimanding her underlings and makes quite an impression. The song also immediately catches the listener’s ears and you can sing along with the chorus.

It is a song of a woman who has had enough of all the things that other people want her to do. She wants to do her own thing without leaning on someone else. It is a perfectly contemporary theme. And the video also underpins this image of the self-determined woman. You see Savage and a little girl in training a distraught group of men.

The boys breast-feed baby dolls with strap-on breasts, play with barbies and get the occasional kick in the crotch when they are disobedient. It’s a wild, exaggerated video that makes you happy. Anyone feeling sorry for the poor fellows who are being tortured should know: Anyone who made it through Savage‘s school of life is a happier man afterward.

Although it is the first single Playing Savage have released in a long time there has not been an album announcement. But at least the wild band will play two shows in March 2018 where you will certainly have a chance to dance to “GOOMB (Get off of my back)”!