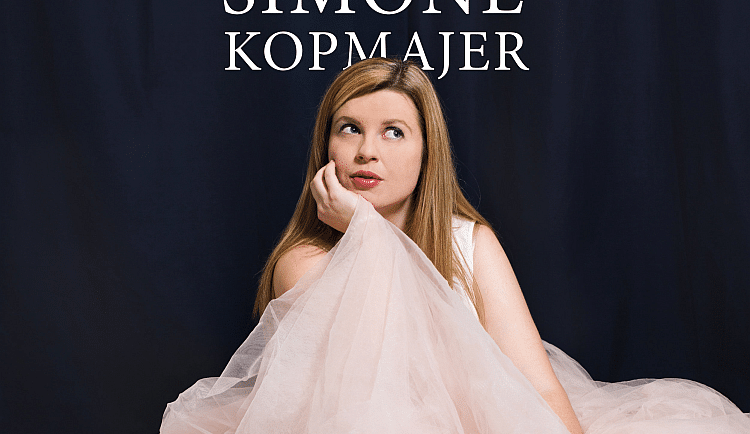 On her new album „Good Old Times“ (Lucky Mojo Records), SIMONE KOPMAJER transforms old favourites, clothing pop of the past in a fresh new sound. And she does it in a truly wonderful way…

Talking about Simone Kopmajer means talking about one of the most internationally successful contemporary jazz musicians from Austria. Not many in her métier can claim to have played concerts across the planet. There aren’t many stages in Europe the 15-year veteran from Styria hasn’t stood upon. Her expressive and sensitive voice has graced 11 albums and she performed for a loyal fanbase on tours in the US, Japan and Southeast Asia.

Simone Kopmajer and her band (Jean-Paul Bourelly on guitar, Paul Urbanek on keys, Jamaaladeen Tacuma on bass, Reinhardt Winkler on drums and Margarete Deppe on cello) take us on a tour of recent musical history. Her new album “Good Old Times” features jazz and pop classics from the 20th century. Songs that influenced the artist during her childhood in the 80’s and 90’s. Songs like Van Morrison’s “Have I Told You Lately”, Neil Youngs “Heart of Gold”, and the Bee Gees “First of May” show where Simone Kpmajer is coming from and where her musical roots lie.

The really beautiful thing about these covers is that the musicians maintain their freedom and avoid a simple reproduction of the originals. Indeed, the singer and her crew manage to add their own influence to these classics, one that, due to the stylistic breadth of the numbers from pop to jazz and soul, is remarkably diverse. The songs are given a new charm, an elegant and smooth new sound that embraces and enfolds them. Sometimes that happens in a fleet-footed, ecstatic way; sometimes with a hint of melancholy.
There are no boundaries to the expression on “Good Old Times”. Simone Kopmajer has once again delivered on the promise of her talent. “Good Old Times” invites the listener to simply lay back and enjoy the moment. It is a lot of fun to enjoy old favourites in a new sound, interpretation and presentation. Highly recommended.