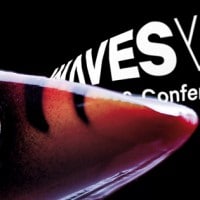 At the Waves Vienna Festival & Conference various issues of the music industry were explored. The debate on copyright was not only held on a factual, but also on a personal level.

When do you get the opportunity to introduce homegrown music to internationally renowned experts in the music world and immediately get their honest feedback?

True to the motto “East Meets West”, the panel “Connecting CEE & Austria” on the 5th of October explored possibilities for better collaborations between the CEE countries and the Austrian music industry.

One of the panels of the Waves Vienna Festival and Conference was devoted to an important issue in the music business: sync rights are not only relevant for agencies and studios, but also for music creators. 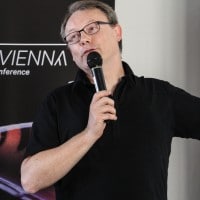 In the scope of the Waves Vienna Festival & Conference, not only the Polish music scene was put under the microscope. On Friday, October 5th, international music experts shared their opinions and expertise  on the French market. After a very detailed presentation … read more » 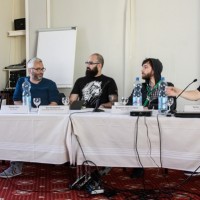 Pros and cons of DIY Labels compared to Indie and Major Labels. 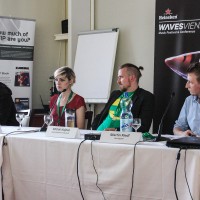 As part of the Waves Vienna Festival & Conference, three consecutive panels were held on the music business in Poland.

Waves Vienna is the city’s first club- and showcase festival. From the 4th – 7th of October, Vienna’s most significant clubs, unique off-locations, and the public space will merge into the site of the Waves Vienna Festival. Waves Vienna’s motto is „East … read more » 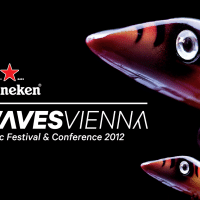 As in the past year, an important part of the festival is the conference which will take place on the 4th and 5th of October. The specialist programme, which is meant to be the basis and inspiration for a long-term, pan-European cooperation, … read more » 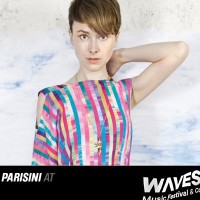 The Waves Vienna Pro Program will kick off on Thursday, 4th of October, with a joint Polish and Austrian reception at Hotel Stefanie 3pm to 4pm. Paula & Karol (PL) and Violetta Parisini (AT) will cater for the music side of the … read more »