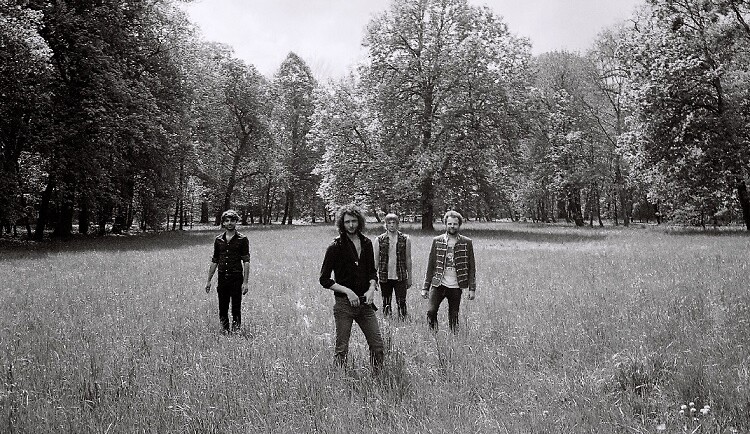 The Viennese Rockband THE WEIGHT has been on tour since the 27th of January 2017 with their “Heavy Rhythm & Roll Tour” that is presented by CLASSIC ROCK magazine. Their thundering drums and dirty guitar riffs have helped them conquer audiences across the German speaking world.

To help shorten the wait for their long awaited debut album, the 4 headed rock band THE WEIGHT is going on tour. Or, better said, are already on tour, Tobias Jussel (vocals, organ), Michael Böbel (guitar), Andreas Vetter (drums) und Patrick Moosbrugger (bass) have been on their way through Germany, Switzerland and Austria since the end of January. With new songs and a live-CD in their pocket the quartet has been rocking stages and spreading as much energy as anyone else.

The Weight have lost their hearts to 1960’s and 70’s rock, and it’s obvious at all of their shows. They give themselves up to the music. They flood the audience with their sound and come across just like the rock legends they admire. The band has been around for over four years and they already have a shining reputation. They might not have released their debut yet, but thanks to the help of an EP and some sensational concerts the band has been drowning in good reviews even before the release of the album.

Although three of the guys actually come from Vorarlberg, their studies took them to the Austrian capital. In Vienna they met the guitarist Michael Böbel who is still a part of the band today. In 2014 they released their EP “Keep Turning” and that set the ball in motion. With nostalgic references to Led Zeppelin, The Who, and Deep Purple, independent organ-draped guitar riffs, and thrashing drums, The Weight rocked their way into the hearts of their audience. While the four make their way across the stages of Germany, the rest of us can listen to the limited deluxe edition of “Keep Turning” with seven added live tracks as we wait for the release of their album.