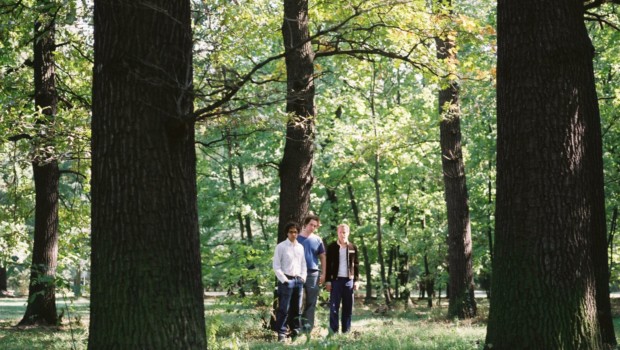 Trapist is Martin Brandlmayr on drums, Martin Siewert on guitars, steel guitars & electronics and Joe Williamson on bass. Since they started working as a trio in 2000, Trapist have released two full-length albums, “Highway My Friend” on HatHut/Hatology and , most recently, “Ballroom” on Thrill Jockey.

Drawing from both a wide variety of influences, ranging from space rock to improvised minimal music, from folk-influenced psychedelia to noise, as well as the members’ numerous collaborations, the band has managed to establish a unique ensemble sound defying categorization, blending both acoustic and electronic instruments and blurring the gaps between improvisational music and prestructured forms.

“If Trapist are a power trio, they’re running on an ancient car battery rather than the national grid… Brilliant stuff.” Peter Marsh/BBC

“If Morton Feldman, John Cage and David Tudor had formed a rock band, they might have sounded a bit like this.” Peter Marsh/BBC

Trapist will be performing on the 26th of November at the ALTERNATIVA festival in Prague. First held in 1993, ALTERNATIVA is a festival of alternative music that offers not only artistic and progressive rock music, but also includes jazz or modern classical music. While a large part is dedicated to experimental electronics, the festival has also opened itself to alternative forms of dance music and ethnic rhythms. Visitors have the opportunity familiarising themselves with minority music genres representing high artistic quality and creative approaches. The majority of groups, performing at the festival, are among the world’s best.