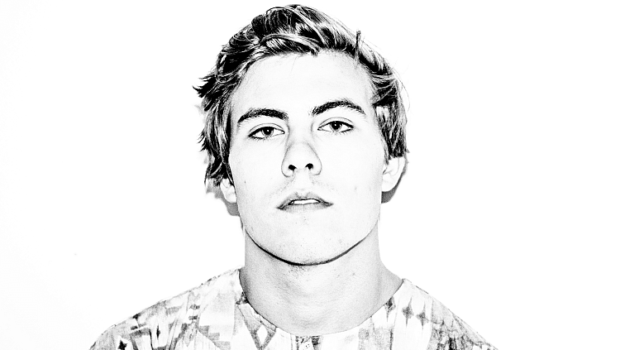 Wunderkind? Wether ironically meant or not, it is a label the Lower Austrian beat producer WANDL has to live with thanks to his collaborations with German language rappers like CRACK IGNAZ and YUNG HURN.

Lukas Wandl grew up near the big city, in the fog covered city of Sankt Pölten. There he got an early start with production software and sound and became a picture book example of the bedroom producer. He released his first songs on Siluh Records, and in 2014 he released his first 5-track EP “Far Way Home” on the Viennese label Affine Records. The positive reactions made Wandl one of Austria’s favourite new young alternative-pop talents. Just like the artists Salute and Sohn before him. In 2016 he followed up with a cooperation with the “King of the Alps” Crack Ignaz. They released the album “Geld Leben” on Melting Pot Music and combined the divergent approaches of the two artists. Wandl produced the beats and provided vocal support.

Now Wandl is going solo again. The unusual video for his new single “Cola” is a sweet taste of things to come on his soon to be released debut album.

The recently released DIY style video for the song features Wandl with a young-lawyer haircut and fluffy bathrobe. Filmed with negative filters and kaleidoscopic image effects, he dances with a wine bottle and smartphone in his hand and a Ferrari cap on his head.

A TASTE OF THINGS TO COME

“Cola” is the Wandl version of the worlds favourite soft-drink. In an earlier interview with Noisey, he once said “I wouldn’t call myself a singer, more a producer… It might sound stupid, but I wouldn’t like the sound of my voice as a listener. I don’t think my voice is very good.”

“Cola” is the beginning of a new aesthetic era, the development from a producer to a self-determined solo-artist and singer. Now Wandl is continuing with what he started on “Far Way Home”. An as yet unnamed debut album is to be released at the beginning of 2017 on Affine Records. In January 2017, Wandl will perform at the prestigious Eurosonic Noorderslag Festival (Friday, Jan 13, DOT, 20.30-21.10). Cola was just the aperitif.

Ada Karlbauer (Adapted from the German by Dave Dempsey)