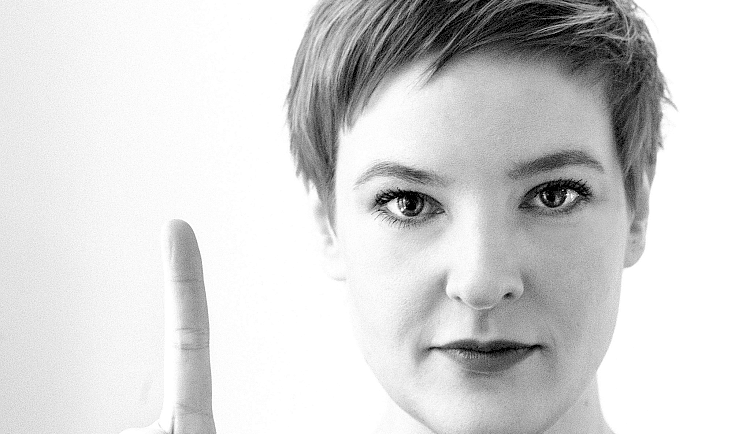 AGNES HVIZDALEK, who grew up in Vienna, went to Oslo for the All Ears Festival for the first time nine years ago. In September of 2008 she moved there. The festival, which was then curated by MAJA RATKJE, LASSE MARHAUG and PAAL NILSSEN-LOVE, was the reason for her move. According to Hvizdalek, “I met almost all of my later friends at my first All Ears day.”

The then 21 year old began to learn Norwegian in order to attend classes for jazz and improvised music at an adult education center in Oslo. She also applied for a scholarship. She got one, but not the one she applied for. Instead she found herself at a different school and a music class called “MP3”. What followed was a “couple of months of depression”, and instead she took part in the European Volunteers Service in a youth center in Oslo.

In the same year Hvizdalek found public funding and started the Project ÖNskekvist (in english: divining rod), a bilateral improvisations platform for musical freethinkers from Austria and Norway. The partner from Austria was snim (Spontaneous Network for Improvised Music). Later, together with a group of young musicians from the Czech Republic the improvisation orchestra ÖNCZskekvist was formed out of it.

Aftermath of her early experience in Oslo were her first solo attempts. The setting she chose for those was breakfast concerts, first in Oslo, and then a coupe of years later in the Kulturdrogerie in Vienna. Solo and Oslo, an anagram that almost sounds intentional. Hvizdalek says she was aware of that and frequently used it that way.

Is a solo concert something special? Challenging? Absolutely not, she says. “That is totally normal. The thing with the voice box is a myth”, that desperately needs to be demystified. It can’t be held in the hand like other instruments, but the technique can be learned. The impulse for this step came from her three year stint at the University for Music and Performing Arts in Vienna specialising in improvisation. Particularly her work in the ensembles with Franz Hautzinger (which she says she never missed) and Gunter Schneider.

Her solo works are all about sounds. It is all about the small fascinating moments inside of many others that “one should just leave out”. So her focus is on “details that grab me. And when all of the people realise that I am fascinated, then it moves them too. It is infectious.”

Hvizdalek recorded her first solo album “Index” (Nakama Records) in an old factory in Sao Paolo, Brazil. “The recordings were curious”, says Hvizdalek, because aside from her voice, the noise of the city including helicopters could be heard on the recordings. Something that didn’t bother her.

Hvizdalek will be performing twice at the Ulrichsberger Kaleidophon (28-30th April). Once together with Klaus Filip as the duo Denoise in which her voice will pad out his with sinus tones. “We have tried that very often”, she says, most recently in a 10 hour sleep concert in Oslo. This constellation is about “music that profits from having time”. She experiences her cooperation mit Filip as concentrated but relaxed. “It is a very comfortable music!”

Nakama, on the other hand is something totally different. A new jazz band together with the contrabassist Christian Meaas, owner of the Nakama label and also part of the All Ears Festival team. The concept behind the ensemble, which began as a quartet, is that every year a new person is added. This year that person was Agnes Hvizdalek.

She knows another bassist from her time at the University of Music and Performing Arts in Vienna, Jakob Schneidewand from Elektro Guzzi. Together they are the duo Demi Broxa  that recently made waves with a remarkable CD and concerts. “We actually wanted to make a pop band”, says Hvizdalek, “but then he started a pop band…” That’s why the duo took another direction. “I value Jakob a lot, because he is so open. We made a lot of recordings, played and talked a lot.” Demi Broxa developed well. “I like it, and it keeps on developing”. Hvizdalek finds her favourite duo highlight so far to be their performance at the Wiener Popfest 2016 in front of the Karlskirche, “in front of people that never would have willingly gone to an experimental music concert. That was a really good idea!”

In the near future she will be active in Vienna again, with a workshop and a performance at the Viennese University of Music. She will also be holding a course at the Zentrum für Musikvermittlung, will be featured on the label of the association Freifeld (or its offshoot Fraufeld) and will be finishing her masters in cultural management. “I want to be the Minister of Culture!” says Agnes Hvizdalek. Direct and to the point.