Melancholy wrapped in contemporary r&b, distinctive vocals that will stay with you forever, driven by a solid backbone of avantgarde beats of incredibly high-level production. Ant Antic is the singer, multi-instrumentalist and producer Tobias Koett – originally from Austria, currently based in Berlin.
Ant Antic´s debut album “Wealth” was released on Seayou Recods in 2017. In 2019, the EP “Whoop” was released, followed by the singles “Slow Down” and “Yellow Press” as the first tracks from Ant Antic’s upcoming second album “Good Vids, Vile Times”. 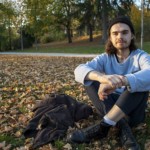 MARCO KLEEBAUER recorded his first solo album under his own name, “Magnolia” (Minor Changes), partly between his work as producer for BILDERBUCH and OEHL. The fact that he finds time to produce award-winning albums and … read more » 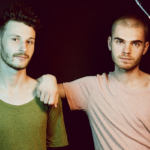 Tobias Koett and Marco Kleebauer are ANT ANTIC. An Austrian duo whose ambient/electronic/dance/RnB mix has helped them to be very busy musicians. But if 2017 was a productive year for them, 2018 is going to … read more »

The seventh edition of Waves Vienna Music Festival & Conference is over and it proved to be a sweeping success! 12.800 visitors including 800 from the global music industry enjoyed 100 concerts from upcoming artists … read more »