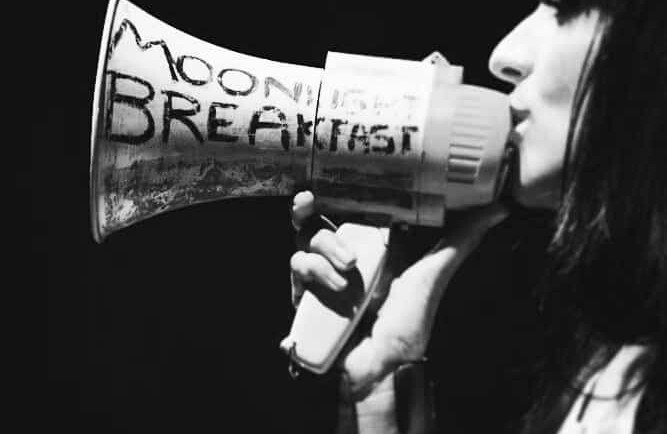 Bazooka (music producer, drums, keys, clarinet), Christie (vocals, keys, sampler), and Adita (keys, guitar, sampler) are Moonlight Breakfast. A band that describes their music as “retro-electro”, a combination of soul, electro, beats, and nu-jazz enhanced with their own special vibe. The result is a sound that has been energising audiences since their debut performance opening for Jamiroquai on the Black Sea.

A concert that was only a taste of things to come for the band. Since that first trial-by-fire they have since found themselves in multiple spotlights on international stages. They have opened for Hurts in Vienna, Macy Gray in Bukarest, and played at the Olympic closing ceremonies in Sochi in 2014. They have also become an audience favourite in Bucharest and Romania, winning Best Music Band at the Elle Style Awards and being declared “best music act for export” by the music director of the top alternative radio station.

Moonlight Breakfast is a band that lives for the stage. When asked about their approach in an interview with mica – music austria Christie said: “We don’t see the music as a way to sell CDs. For us it’s about performing. We only recorded our album in the studio so we could finally publish it. The tracks had already been done for one and a half years, but it took us ages to actually go into the studio and record… We had to set a deadline for ourselves so that we would finally finish it.”

That might be easier to understand for anyone who has experienced them live. The multi-instrumentalists have enhanced their performances with 3D video mapping that turns an exciting musical performance into a downright spectacle.