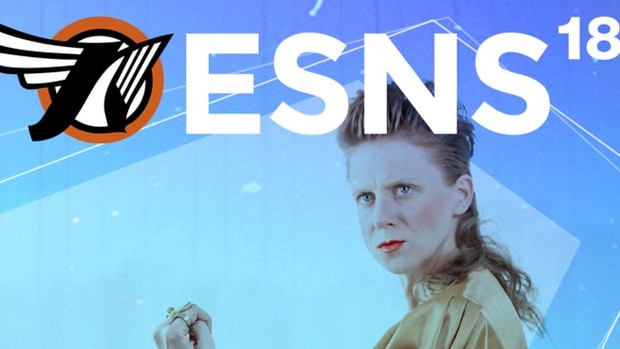 Each new year starts with the first official gathering of the music industry at Eurosonic Noorderslag, Europe’s most significant showcase festival. The next edition of the Dutch festival will take place on January 17-20, 2018, in Groningen, NL, and feature performances by Europe’s freshest up-and-coming music artists. The festival gathers the most important music industry protagonists, such as festival organisers, bookers, music promoters, and journalists from across Europe to get a taste of the most promising acts on the market. With a lot of good talent to go around, it is a great honor to be chosen as the country’s musical representative and a huge opportunity to showcase in front of so many industry professionals. Co-selected by ORF/Radio FM4, NIHILS were confirmed earlier as the first Austrian act for Eurosonic Noorderslag 2018.

Next up is ANKATHIE KOI, a radical performer who loves to provoke. Ankathie Koi lives and loves the hedonism and glamour of the 80ies, on stage, in real life, musically and artistically.

Ankathie Koi began her career in Pop music after a classic education in jazz vocals. Although born in Bavaria she has been making waves in the Austrian music scene for quite some time. Now she counts as one of Austria’s most impressive female voices. But it isn’t just her vocal acrobatics that has grabbed everyone’s attention. Her almost gender-fluid stage persona drags the audience out of their comfort-zone. Combined with her unbelievingly vivid and otherworldly voice, the end result can send shivers down your spine. Her debut album “I Hate The Way You Chew” (SEAYOU Records // produced by Beni Brachtel & techno-legend Patrick Pulsinger) is pretty spectacular proof of what she is capable of.