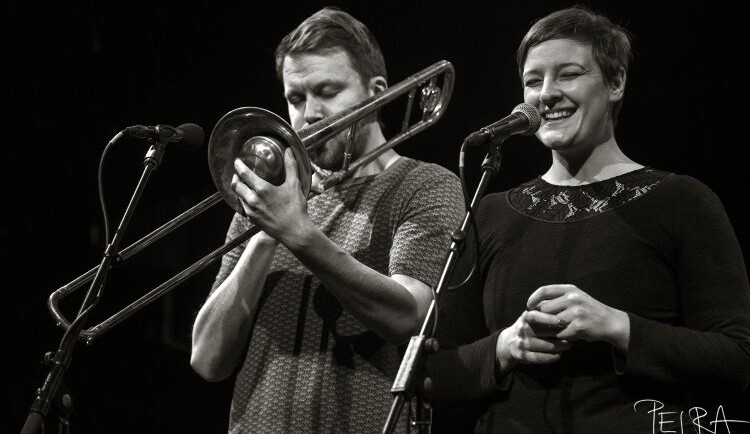 From November 4th to 6th, the MUSIC UNLIMITED festival presents experimental music of various styles for the 36th time: from contemporary music and jazz, improvisation and sound art, to noise and metal – a feast for open-minded and curious ears! This year’s curator is Austrian musician AGNES HVIZDALEK.

The festival, founded in 1987 by the waschaecht cultural association in Wels, is curated this year by the Austrian musician Agnes Hvizdalek, who was born in the same year. This honorable task has been taken on in previous editions by greats such as Fred Frith, Zeena Parkins, Ikue Mori, Mats Gustafsson, Okkyung Lee and Mary Halvorson. In addition to her own projects, the exceptional young artist presents an exciting program entitled, “The Future Starts Now.” This statement, true at all times, consecrates attention to that moment that unites different forms of expression. Whether freely improvised or classically notated, how which choices are made, and why, is the crux of the matter for Agnes Hvizdalek.

The program includes veterans of experimental new music such as Spunk (with Maja Ratkje, among others), internationally successful vocalists such as Sweden’s, Sofia Jernberg, who this year participated in the opening program of the Wiener Festwochen at Rathausplatz, and rising stars such as Witch Club Satan, who under Mayhem auspices are working to dissolve genre boundaries and stereotypes. Norwegian quartet Tøyen Fil og Klafferi, featuring multi-award-winning composer and clarinetist Kristine Tjøgersen (who, incidentally, studied in Linz), also celebrates the peaceful co-existence of tradition and future vision. Jalalu-Kalvert Nelson can also be experienced with Studio Dan at Wien Modern on October 30, and Kris Davis’ Borderlands Trio will also perform at Jazzfest Berlin on the same weekend.

Moreover, some Austrian highlights in the program include: PNØ – the new name of the longstanding duo with Agnes Hvizdalek and Jakob Schneidewind (from Elektro Guzzi), Billy Roisz, and a large-scale ensemble including Austrian and international artists entitled “Future Orchestra”.

For the full program and ticket details go here.

Raised in Vienna and living in Norway since 2008, Agnes Hvizdalek has developed an individual sound language as a vocalist. Her field of activity extends far beyond the boundaries of the classical vocal tradition. Her first band projects included, for example, the 30-piece international improvisation orchestra ÖNCZkekvist, which performed on stage at the ORF-RadioKulturhaus in 2011 and recorded an album there as part of the summer studios. She now receives commissions from renowned ensembles such as the Norwegian Bit20 contemporary music ensemble and is working with Jonathan Heilbron on an opera for NOW! Opera of the Present. She is participating in the new production of Purcell’s “The Indian Queen” under the direction of the interdisciplinary collective “Ursus Produksjoner” and is reinterpreting Schoenberg’s spoken-song classic “Pierrot Lunaire” together with Ensemble Temporum.

Among her most important teachers at the University of Music and Performing Arts Vienna, was Franz Hautzinger. Long-term collaborations with Klaus Filip and encounters with Otomo Yoshihide, Junko Hiroshige, Radu Malfatti and Maja Ratkje have also influenced her artistically and motivated her to pursue a professional career. In 2011, she received the “Start Scholarshi”p from the Federal Ministry for Education, Arts and Culture in Austria and, later, a three-year working scholarship from the Norwegian Cultural Council. In 2020 she was selected for the mentoring program of the Borealis Festival in Bergen, and shortly thereafter for the talent program for young composers of Music Norway and the local composers’ association.