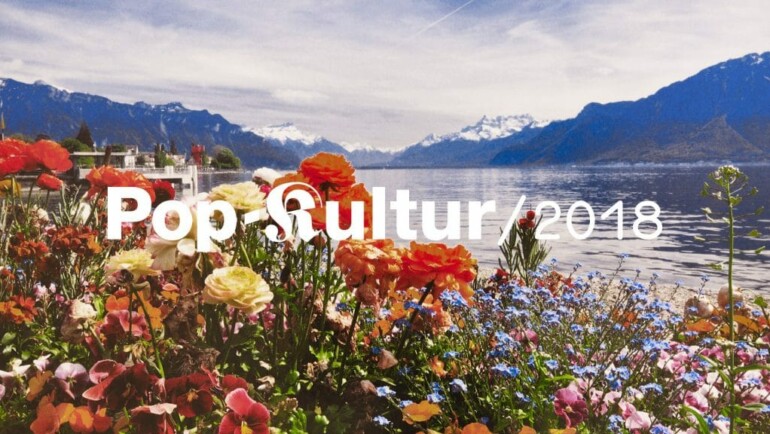 Almost 100 different events will take place over the course of the three-day festival POP-KULTUR BERLIN, which will be held from August 15th to 17th on the grounds of the Kulturbrauerei Berlin. POP-KULTUR BERLIN is based on three elemental foundations: Live – with music, talks, readings, exhibitions and films, the »Pop-Kultur Nachwuchs« section, and last but not least: Networking. The very first edition happened at the Berghain in 2015.

Pop-Kultur offers the opportunity to create new art and showcase it as a world premiere on stage. The focus lies on visionary extentions within the various fields of production work with a special weight on the performance approach. The festival allows an intense preparation and connects local and international partners in the spirit of collaboration. »Pop-Kultur« emphasizes internationality and sexual diversity.

»Pop-Kultur« presents special music projects, DJ sets and labels which haven’t been showcased in Berlin in that form before. From Austria, DIVES, ANDREAS SPECHTL and RÁN are part of the line-up.

With DIVES, the power chords sound as welcoming and friendly as a freshly-opened bottle of white wine, the rhythm section sounds like an amicable pat on the back in 4/4 time and the vocals sound like a promise: it’ll all be fine. On their 2017 debut EP (Siluh Records), Dora de Goederen, Viktoria Kirner, and Tamara Leichtfried made this promise via six anthemic, surfer-style songs.
CONCERT: 16.08.2018 / 21:00 – 21:40 / Frannz

»Rausch Royal« is a simultanistic poem that pays tribute to the chaos of all things. The band 21 Downbeat celebrates intoxicating synchronicity and breaks up the feverishness of the world into a thousand snippets, sampling syllables, sounds, words, and beats. In this epic concert, Rabea Erradi and Ja, Panik’s Leo Solter and Andreas Spechtl set Dadaist texts by Konrad Bayer, Gerhard Rühm, H.C. Artmann, Ernst Jandl, Hugo Ball and Emmy Hennings to music with the help of the RambaZamba actors, all among oomph and confetti.
CONCERT: 16.08.2018 / 19:00 – 20:00 / Palais / Commissioned Work
TALK: 17.08.2018 / 19:00 – 19:40 / Haus für Poesie / Commissioned Work

Berlin isn’t exactly the halfway point between Austria and Israel, but it was here that Laura Landergott and Yair Karelic first met. They founded the group RÁN in 2017 and released their debut EP »Hunt Like Lions« on the label of the 8mm Bar the same year. And what does it sound like? »Sunken Psych Soul«, they call it; »cryptic kick-ass rock« would be another possible hashtag. They use the adjective »sunken« for a reason – the Ja, Panik musician and the Mystical Communication Service member named their duo after the goddess Rán from Norse mythology.
CONCERT: 17.08.2018 / 22:00 – 22:40 / Frannz