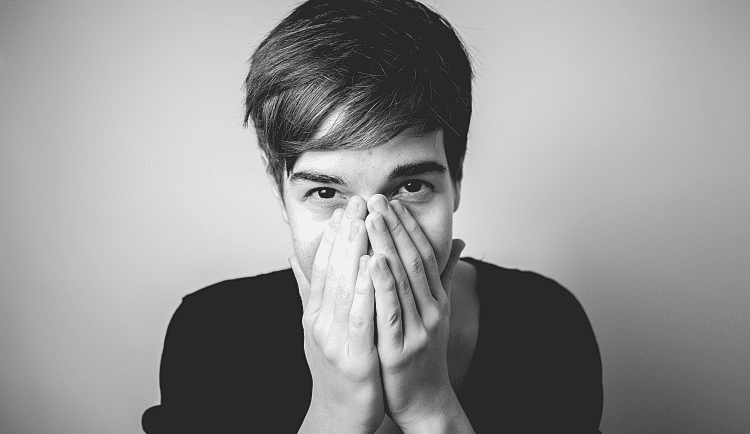 How fast things happen. In 2015 he landed on the local pop scene from almost out of nowhere with the hit „How Hard I Try“. Now the 19 year old producer and multi-instrumentalist Filous star is rising on the international scene.
Until 2014 Mathias Oldofredi, aka Filous, had mostly made a name for himself with remixes of artists like José González, Kodaline, Milky Chance and Julian le Play. And then came that song. A major coup that opened doors into a whole new dimension. The song, which he wrote himself and recorded together with James Hersey, blew up and quickly put the young artist into the international spotlight. “How Hard I Try” didn’t take long to make it into the Austrian, German and Dutch charts. It even made it into the Belgian Ultra-tip charts. In the meantime the song has racked up over 50 million plays on Spotify. A number that says it all.

ON THE WAY TO EDM STARDOM

But “How Hard I Try” wasn’t just an accident. It didn’t take long for the Viennese musician to prove he wasn’t a one hit wonder with the release of his strong debut EP “Dawn”. It was well received by international critics and took his fame to the next level. Now he is being hailed as a rising EDM star in Austria, and received Amadeus Awards 2016 nominations in the “Artist of the Year”, “Song of the Year” and “Electronic Dance” categories.

A WARM AND DANCEABLE SOUND

The music this producer and multi-instrumentalist – a few of the instruments he plays inlcude guitar, mandolin, piano, accordion, bass, flute and drums – makes relveals itself as an atmospheric, sometimes dreamy, comfortably warm sound mixed with danceable pop and electronic music. Music that can be an ear-worm without being shallow. His songs, like this years summer single “Emelie feat. Buster Moe”, have an undeniable quality. It is easy to see where his path leads. 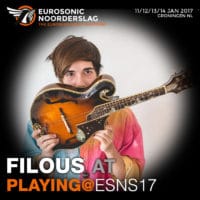 And to make it even more obvious, he will be heading to Holland in January to receive one of the most important European music awards, the European Border Breakers Award. The award show will be held 11 January 2017 in Groningen, Netherlands, as part of the Eurosonic Noorderslag festival. Filous will also perform live at ESNS17 on Thursday, January 12, Grand Theatre (Main), 20:00-20:45. This man truly is going places.

Public Choice Award: Cast your vote for your favourite act among the 10 EBBA winners selected for 2017. The winner of the popular vote will be awarded the prestigious public choice award on the night of the show. By voting, European music fans have the chance to win a trip with a friend to the EBBA show.