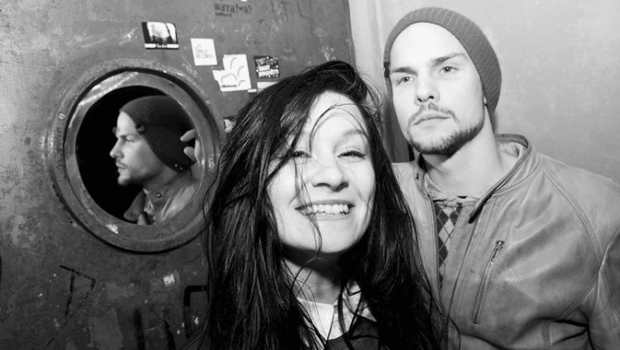 Tyrol is slowly but surely turning into one of the first addresses for rock music in Austria. Now that the band Mother’s Cake has made a name for itself on the international stage (the three musicians from Innsbruck have just recently completed an extensive Australian tour), the next formation White Miles is already on the rise. And the omens of success are favorable for Medina Rekic (guitar, vocals) and Hansjörg “Lofi” Loferer (drums), the two heads behind this duo. Even before the official release (February 2014) of the debut album “From Madagascar to the Universe”, the duo was invited to support the internationally hyped Swedish stoner-rock-band Truckfighters on their European tour. To keep up the momentum, the next highlight of White Miles’ young career, which started in 2011, has already been confirmed. In May this year the duo will be supporting none other than the legendary American grunge icon Courtney Love on tour through Britain.

Listening to the tracks of White Miles, it is safe to say that the music is far from being well-adjusted, polished or overproduced. It is rather a gluttony of blues rock mixed with grunge and stoner elements in its dirtiest, grittiest and rawest forms. The two protagonists Medina and Lofi could care less about mainstream hypes and trends. As uncompromising as it gets, White Miles kneel into their own musical universe, which spawns a new form of rousing rock.

The sound of White Miles is dominated by loud and distorted electric guitars, wicked and intense drums and the strong vocals of Medina, who sings her rock-infected heart out as if there were no tomorrow. The duo avoids all kinds of unnecessary gimmicks and sprawling experiments that could take away from the energy, impact and drive of the music. Medina and Lofi rather try to deliberately preserve the garage rock feel with its immediate and refreshing straightforwardness, which ultimately bears more authenticity and realness than most other music concepts in this context.

Medina and Lofi impressively prove that music today doesn’t always have to cater to replaceable (indie) rock uniformity and that you can still get unique and unmistakable music with a harder edge off the ground. It will be exciting to see where this promising journey of White Miles will lead to in the near future.