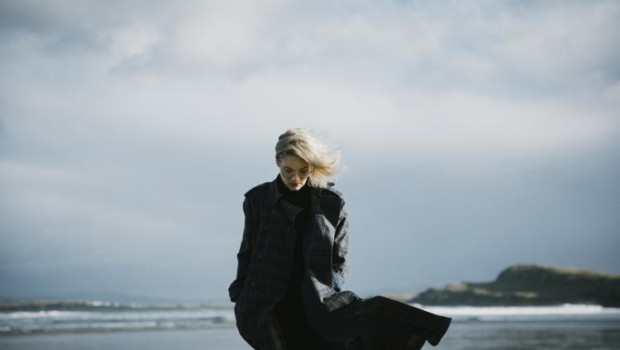 International springboard: ANKATHIE KOI, AVEC, CARI CARI, HI5, MANU DELAGO and SHAKE STEW receive funding as this years FOCUS ACTS. For the fourth time now, Austrian Music Export and the Austrian Federal Chancellery award the FOCUS ACTS grants. Six domestic acts who are aiming for the international market and have live dates abroad will be offered a stepping stone to the international scene.

Touring forms a major part of every musicians career

The FOCUS ACTS support programme, which was initiated in 2015, helps local musicians to strengthen their international presence in the form of a travel subsidy of EUR 5,000 per act. At the same time, they are supported by competent advice from Austrian Music Export regarding their internationalisation projects.“For some years now there have been a large number of young local acts from all contemporary genres, who are enthusiastic about events organised by us and at national and international showcase festivals and who are subsequently booked by international festivals and clubs. However, these performances rarely cover the costs for the bands, because only already established acts are well paid. This is exactly where the Focus Acts programme comes in. It creates the financial conditions for the young musicians to perform as many international performances as possible and to gain experience and find their audience so that they can rise to the league of well-paid acts in the next few years,” explains Franz Hergovich.

Tatjana Domany ads: “Touring forms a major part of every musicians career and helps to build international visibility and to generate a stable income further down the road. Our tour funding programs help young artists to get a foot in the door, find international partners and agents and to establish themselves on the international touring market.”

With ANKATHIE KOI, AVEC, CARI CARI, HI5, MANU DELAGO and SHAKE STEW, this year’s FOCUS ACTS have been awarded to aspiring artists who have already made a name for themselves both on the domestic and international scene. The Federal Chancellery, which supports the FOCUS ACTS with EUR 30,000 annually, emphasises the importance of the presence of Austrian musicians abroad in the form of participation in important international festivals and concert performances. From the point of view of the BKA, this initiative is an important contribution to the increased worldwide visibility of Austrian music creation and to the development of international networks.

Professional music creation in Austria is growing, but the domestic market alone is often too small for a career as a professional musician. Usually international tours at the beginning of a career are are unable to cover costs. In order to fill this gap, the FOCUS ACTS grant was initiated as a new funding scheme in 2015. This has meanwhile established itself as a profound springboard.

The singer-songwriter duo CARI CARI started their band career with a world tour. Looking back Cari Cari say: “It is extremely important to be present as a live band to get a loyal fan base abroad. This requires a lot of investment in terms of time, but also money. The Focus Acts program helps us a lot to play live in countries where we have already been featured in the media, radio and blogs”.

Played this very cool amphitheater in Munich’s @olympiapark today 🤙🏼 …You probably don’t get it from that picture, but we had a great time haha!!! Thanks to everyone involved with @theatronpfingstfestival and everybody in the audience ❤️🇩🇪 Love, AK+SML

With ANKATHIE KOI and AVEC the FOCUS ACTS also go to strong front women. Ankathie and her band were already working on songs for the new album in Mexico this year. The talented songwriter AVEC has been successful at the big showcase festivals, and a new album is planned for autumn.
MANU DELAGO has worked with world stars like Björk. Nevertheless, tours abroad pose financial challenges for musicians. Manu Delago from Tyrol describes the situation: ”The award enables us to do our second US tour in 2018, and I will also be supporting Ólafur Arnalds in major concert halls. This tour would also not be financially possible without the grant, since one is only paid very little to be a support act”.

The quartet HI5, also from Tyrol, combines a wide range of influences under the motto “Minimal Jazz Chamber Music” – from minimal music to pop and rock to electronics: “For us as a young instrumental band in the jazz sector, tour support and funding in general are a great help and at the same time a recognition for the work and energy we have been investing in this project for years”.
SHAKE STEW confidently call themselves the jazz band of the hour. The septet around double bassist and bandleader Lukas Kranzelbinder quickly developed into an Austrian figurehead for modern jazz and is touring internationally, from Europe to South America and Canada.

The Focus Acts Program promotes international development of young local artists. Eligible applicants are Austrian musicians from the genres pop / rock / electronic music, contemporary classical music, jazz & world music that have been selected as part of the activities of Austrian Music Export by international juries and festivals. Criteria for funding include the presence of international structures and business partners (Booking, label, distribution, promotion, management) and a coherent export concept. Applicants must at the time of submission have at least ten international concerts arranged for the subsidized tour period. A travel fee of a maximum of EUR 5,000 can be applied for per act/solo artist/ensemble. The next call for FOCUS ACTS 2019 will be held at the end of 2018.

The FOCUS ACTS Program is endowed and processed through the Austrian Federal Chancellery.